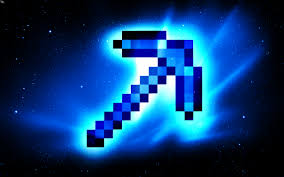 For the second time in 9 months, The New York Times magazine has featured a form of play as its cover article. Barbie made the cut in September (see: "Hello Barbie Makes the Cover of The New York Times Magazine") and now its Minecraft's turn. "The Minecraft Generation", by Clive Thompson, is an enjoyable and extensive look at what can only be described as a major social phenomenon. How big is Minecraft? According to the article's author:

The numbers tell us a great deal about the popularity but I don't know if they can fully explain the intensity of fan absorption. After all, Tetris and Angry Birds were  hugely popular yet fans expressed more interest in playing the games than in demanding more from the creator.

That was why I found it so telling that the game's creator, Markus Persson, has cut himself off from all contact regarding Minecraft. He was simply overwhelmed by his fans' obsession with the game. This kind of reaction does not happen often (J.K. Rowling is still very engaged) but I think it tells us something about what happens when you create an experience that is so important to fans, that it overwhelms the creator. Here are some notable examples of author's wearying from fan engagement:

L.Frank Baum, the creator of the Wizard of Oz , found himself exhausted by his creation.  After ten years and five books into the series, he decided to end his misery by cutting off all communication with Oz. Something he did at the end of "The Emerald City of Oz." He writes that Glenda The Good has cut off all contact between Oz and the rest of the world. Soon thereafter money pressures caused a change of heart and the series resumed.

Arthur Conan Doyle had the same experience with his Sherlock Holmes novels. In 1893, overwhelmed by his creations success, Doyle killed him off in "The Final Problem." As he put it later:  "I have been much blamed for doing that gentleman to death, but I hold that it was not murder, but justifiable homicide in self-defense, since, if I had not killed him, he would certainly have killed me." He, of course, submitted to his fans and brought his hero back to life.

In more recent times we have seen Bill Watterson walk away from "Calvin and Hobbes;" Gary Larson end his "Far Side" cartoons and Berkely Breathed, for a time, cease writing "Bloom County."

The reaction of the authors is telling in that it demonstrates the cost that a great piece of art, literature and gaming (a combination in some ways of both) can have on its creator. The creation, a bit like Frankenstein, is ultimately greater than its creator.