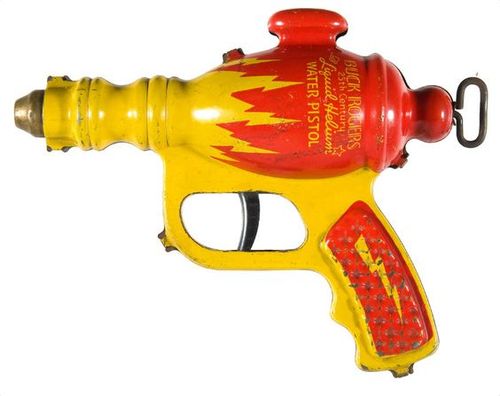 It's Spring.  Well, at least its supposed to be Spring; here in New York the low is going to be 39 degrees Fahrenheit today. Yet, they are playing baseball so that's good enough for me. That's why I want to celebrate the return of warmer weather with a little celebration of the water gun.

There is a definite ambivalence to be found in one's first encounter with a water gun. You were typically very young and either trying to shoot someone, water dripping on your hand, or you were getting shot, water getting in your eyes. Either way it was wet and memorable. What a water gun has in common with a snowball is that once you are shot with the former or hit by the latter you immediately want revenge. And that, my friends, is how wars get started.

Some adults continue to have a fascination with them. I can remember getting stuck behind a woman in an airport security line. We were held up for about fifteen minutes because she had three water guns in her purse. I wanted to shoot her with all three of her water guns.

But, I digress. Let's talk a little history.

Water guns are not really that new. It's just that back in the 19th century they didn't look so much like guns as telescopes. Here is an image of a brass water gun from 1851: 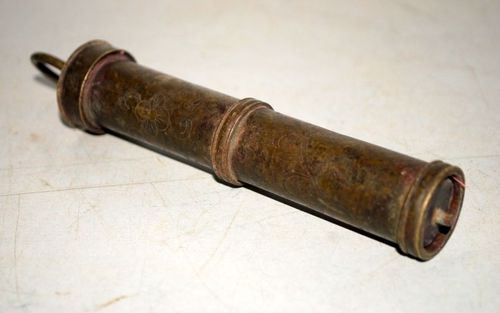 In the late 19th century, water guns began to look more like what we are used to today. Below is a little gem that had a rubber bladder in the handle. 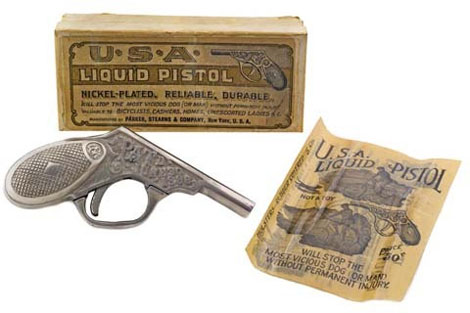 In 1906, the same people who brought the world "Cachoo Sneeze Power" (see: "The Whoopee Cushion, Cachoo Powder and the S.S. Adams Company") introduced the water streaming lapel flower. Lest you get too depressed by the current state of the world, recall that there were once people who actually wore these things and thought they were funny. 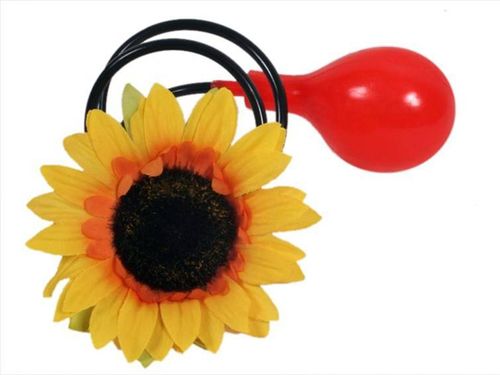 In the 1930's and 1940's outer space water guns became the rage. The below Buck Rogers "Atom Ray Gun" from 1949 is a real beauty as is the Daisy XZ44 Liquid Helium Water Pistol at the top of the page. 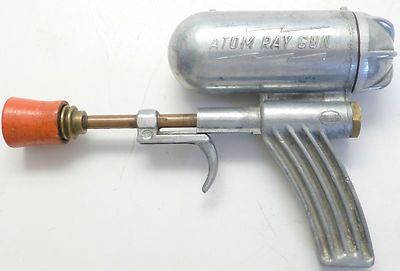 I am going to end this with a water gun that is so, well, weird that I am just going to share the picture and provide no commentary.