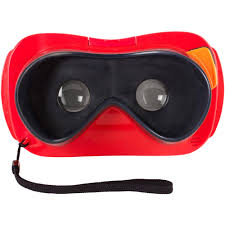 A company that honors its past, owns its present and dreams about its future is a company to believe in. – Richard Gottlieb

Things are looking up for Mattel. 2015 was a very good year with a rebounding Barbie and a surge in new technology based products. How strong is the rebound? One good sign is that  Richard Dickson, COO and President of Mattel, was recently in Cannes for MIPTV (Marché International des Programmes de Télévision) to accept that orgnanization's Brand of the Year Award.

What I found of particular interest was an interview Mr. Dickson gave to Worldscreen's TVKids reporter Mansha Daswani. He was positive about the past; candid about the present and optimistic about the future.

In the interview, Dickson framed Mattel as a cutting edge company at its birth that provided great, open ended content closely tied to a pioneering use of television advertising. Dickson then went on to provide perspective on what happened next:

We essentially devolved into a packaged-goods company that made toys, losing that entrepreneurial, creative invention that started the company. The 30-second commercial for kids that was so innovative at the time became so much a part of our culture that we could not look beyond it. Our media became focused on tonnage, rather than innovation.

The next step for Mattel was therefore to make sure that its brands did what Mattel did first and has done best, blend its toys with media.  The number of play and media platforms that children migrate through are, however, far broader and deeper than that handful of television channels that comprised television in the 60's and 70's. Mattel is therefore now working across platforms which we can see in its  empathic robot, "Hello Barbie," and its alliance with Google in creating the View Master for Google Cardboard.

What really impressed me, however, was Mr. Dickson's candor in saying that despite adapting to the new play and media platforms, Mattel has to make sure that its brands are seen as "healthy and relevant." In this case, he means body types and a racial diversity that fits with how Millennial parents experience what is normative in the 21st Century.

Product creators take note, Mr Dickson is opening the door to innovation: “We’re not shy and we can’t do what we do on our own…We are embracing creativity in our own house and with open arms out in the community."

A company that honors its past, owns its present and dreams about its future is a company to believe in. Mr. Dickson has a lot more to say and I strongly suggest that you read all of Mansha Daswani's interview: "Richard Dickson on Mattel's Transformation."