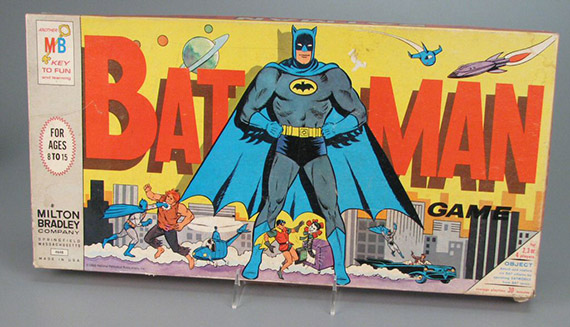 Okay, I’ll confess that I haven’t actually seen the movie Batman v Superman: Dawn of Justice. But in my personal comparison of the two iconic superheroes, Batman wins almost every time. 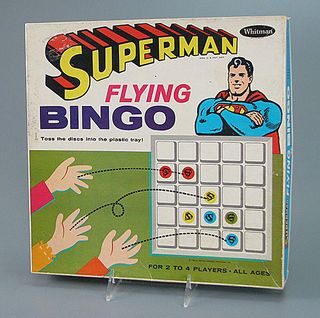 I should explain that I grew up in the 1960s and hadn’t really paid much attention to superheroes until 1966 rolled around. Superman, who needed him? From what I could see of the black and white Adventures of Superman television series that originally aired between 1952 and 1958 and reran in an after school time block during the mid-60s, Superman was a boringly red-white-and-blue moralistic hero wearing saggy thermal underwear and a cape. Yes, he could fly, but the special effects didn’t even live up to the low technical standards of the time. Ho-hum. Next!

That’s when Batman blasted onto my home television screen in 1966 and won my wholehearted allegiance. The Batman series had a look and feel unlike anything else I’d ever seen, certainly light years apart from the Lassie, Leave It to Beaver, and My Three Sons shows I’d been consuming. I probably wasn’t really clued into the camp and irony that colored Batman’s tone, but I could easily sense that it was a perfect cartoony evocation of the 1960s Pop style. Bam! Pow! Bif! Take that Superman!

Even better—Batman had “stuff.” Where Superman could see through walls (yawn) and lift heavy vehicles (zzzz) all on his own,

Batman needed to be smart and apply his cool gear to solve problems and fight crime. Mere superhuman powers were not enough. Like his contemporary James Bond, Batman augmented his skills with some of the best gear around, starting with a drool-worthy car and continuing on through all sorts of bat-themed paraphernalia. The villains he confronted also aligned with the ones that 007 battled — colorful and quirky megalomaniacs who could chew up the scenery and imperil our hero in creative ways.

Sadly, the creative flame of the Batman series burned out rapidly and by March 1968 ABC had canceled the show. I kept reading the Batman comic books I’d accumulated at the peak of the craze, but I never again immersed myself in the superhero worship I felt in 1966 when Batman aired two episodes a week, perfect fodder for endless analysis with my elementary school classmates and for imitation in our backyard play. Yes, I did go to see the movie Superman in 1978 and liked 1980’s Superman II even better, perhaps because it had some humor and romance to counteract the character’s straight-arrow personality. But if I make to the multiplex to see Batman v Superman, I’ll be entering the theater with my pro-Batman bias firmly in place.