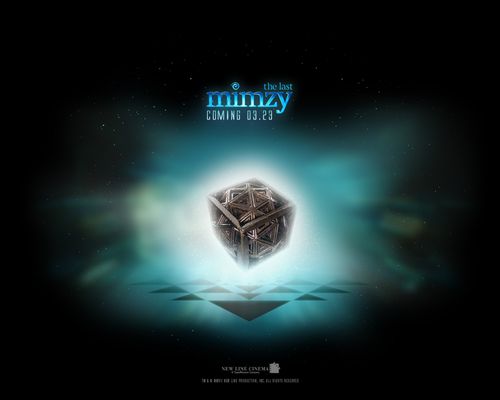 With what toys will children in the year 2050 be playing?  That was a thought that went through my mind as I read an article by PC Magazine writer, Tom Brant, entitled "Toys of the Future Will Be Expensive Holograms." That is according to Mark Zeller, a designer for Fisher-Price.

I really have to hand it to Fisher-Price for envisioning beyond the here and now.  I don't think the toy industry has enough of this kind of visionary thinking.  Traditional toys are, for whatever reason, an exception.  If you see a science fiction movie  you will see futuristic clothes, cars, appliances and more. Why not toys.

What is funny to me is that the one few pieces of fiction that really thought about toys of the future was a novelette by Lewis Padgett written, of all things, in 1943.  The unusual story is entitled "Mimsy Were the Borogroves" which was made into a 2007 movie entitled "The Last Mimzy."

The plot involves a future civilization that sends boxes of toys into their past in hopes that children will find them.  The toys include a telepathic stuffed bunny; a doll with strange internal organs;  a cube that displays a users thoughts and a puzzle that includes the fourth dimension.  Now that certainly gives our plush and puzzle manufacturers a challenge.

What I like about this kind of thinking is that it causes us to engage in the most extreme of creative thought: What would a puzzle with a fourth dimension look like?  Well, physicists tell us that the fourth dimension is time.

What would a puzzle that evolves over time look like and how would it function?  Would there be some kind of internal mechanism that gradually warps and changes the puzzle so we have to keep solving it?

A telepathic bunny sounds a bit scary but would it be possible to design a stuffed animal that senses moods and reacts.  Maybe when it hears crying it hugs and when it hears laughter it laughs too.

A doll with strange organs has already been done in a way (think the game Operation) but what about a cube that displays one's thoughts? Well, again, maybe not thoughts but certainly emotions and body language.

Have any of you thought about toys of the future?  Let us know your thoughts if you have.