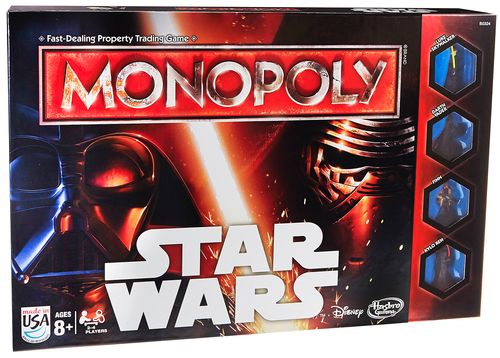 Star Wars and The Walt Disney Company are, as we know, very important to the toy and consumer product industries.  Based upon this analysis, I think we can fairly say that the reverse is true as well.

Did you ever wonder just how important toy and consumer products sales were to The Walt Disney Company?  In fact, have you ever pondered just how much Disney spends on marketing or production?  Apparently if you have you are not alone.  According to a great article by Brooks Barnes in The New York Times, "An Educated Guess on How Much ‘Star Wars: The Force Awakens’ Will Make for Disney," movie studios are extremely stingy in giving any information other than box office figures.

Barnes was able to get Michael Nathanson, a partner at MoffettNathanson and a media analyst, to provide an estimate of how Disney's costs and revenues broke out for "Star Wars: The Force Awakens."  I suggest that you go to the article to see the full breakout but what struck me was the ratio of product sales to box office.  Ticket sales for the movie was $1.1 Billion while revenue from product sales was $500 million.  That means that sales from products like Star Wars Monopoly or Star Wars sheets and pillow cases amounted to almost half of global ticket sales.

In fact, that $500 million delivered almost twice as much revenue as derived from disc and digital sales ($276 million) and more than three times what was derived from pay television and broadcasting ($165 million).

Was I surprised by those numbers; yes and no?  I was not surprised that product tie-in sales were $500 million and actually thought they would be higher.  After all, Star Wars had a major impact on consumer products sales over the Christmas season.

I was surprised, however, by how it compared to disc and digital sales as well as television sales which I would have anticipated to be much higher.

Bottom line, Star Wars and The Walt Disney Company are, as we know, very important to the toy and consumer product industries.  Based upon this analysis, I think we can fairly say that the reverse is true as well.