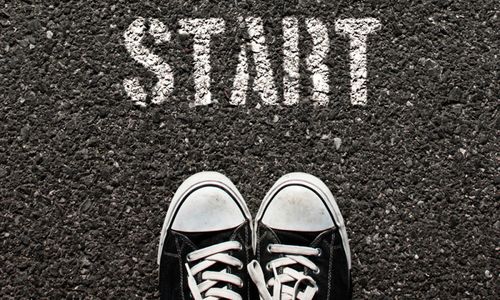 I had just finished moderating a panel at Toy Fair when I was approached by my friend, Alita Friedman, CEO of Alita's Brand Bar, and four young women.  Alita is an alumnus of Lehigh University and she was mentoring these students who aspire to a life in toys and play.

Each of them has written about their experience of visiting Toy Fair for the first time.  I think we could all use a a little reminder of the ocean we all swim in from those who have entered our waters for the first time. So, here is a look at Toy Fair through the eyes of:

Lauren Villaverde - Founder of STEMpowered
Lisa Glover – Founder of KitRex
Shannon Varcoe – Founder of TroubleMaker
Briana Gardell - Founder of Mezzimatic and Creator of Goblies
Here are their stories:
Last year the four of us walked through the doors of Toy Fair for the very first time. Armed with a mix of prototypes and finished products most of us had developed in Lehigh University’s Technical Entrepreneurship Program, we were eager to bring our inventions to the next level, and what better place to do that than Toy Fair! Lead by our incredible mentor and fellow Lehigh alumnae, Alita Friedman, we began to meet notable figures in the toy industry and expand our networks. Fast forward one year later to Toy Fair 2016; two of us have graduated from attendees to exhibitors and the remaining two hope to do the same in a few years. Our products range from painless paintballs you can throw by hand to an innovative wooden block set, but all of our products fall largely within the STEM (science, technology, engineering and math) space and encourage creativity and free play. We’re all on a mission to make a positive mark in the toy space and we’re here to shed some light on the industry’s largest annual event. Here’s our take on Toy Fair 2016!

Shannon Varcoe is currently pursuing her Master’s of Technical Entrepreneurship at Lehigh University focusing on developing and launching her ZYX Building Stick as the first product of her company, TroubleMaker Toys. Shannon has always enjoyed the challenge of solving problems, which cultivated her love of engineering and math. ZYX Building Sticks are wooden building puzzle-like pieces that can be put together to create abstract structures. Kids don’t need to use instructions and can start building immediately maximizing play time and minimizing frustrations.

“My first experience at Toy Fair was during the spring semester of my senior year at Lehigh University. The kid inside of me was ecstatic to be a part of the fun and see all my favorite brands and toys in one place, as well as get an insider's look into the newest products before they hit shelves in the coming year. The entrepreneur inside of me was excited to learn as much as possible and network like crazy with business owners, retailers, buyers, and anyone else that I could talk to. I walked the fair from start to finish more than three times and left filled with new information and notes on my experience. This year I am closer to the launch of my product and found the fair to be extremely motivating. Seeing other entrepreneurs exhibiting and selling their product made me realize how badly I want to be among them with a booth next year!” – Shannon Varcoe

Lisa Glover is the founder of KitRex a company that creates kits of cardboard pieces that when folded together become adorable dinosaurs you can decorate and play with! You may be familiar with Lisa’s first Kickstarter for KitRex: the 3D paper velociraptor that you build yourself. Lisa raised over 1000% of her funding goal and has since launched another successful Kickstarter campaign for her KitRex Pterodactyl. But watch out world Lisa’s not done yet! Be sure to keep an eye on Kickstarter as Lisa will be launching another campaign soon for a Triceratops Model. As a first time exhibitor at Toy Fair Lisa had nothing but great things to say about the experience overall.

“For a first-time exhibitor, you expect to talk almost exclusively to buyers. Fortunately, it’s so much more than that. I’ve met people who are interested in having me do design work for them, people who can answer my questions about ASTM testing, people who can give me feedback on my packaging — and of course buyers, distributors, and salespeople. It was an amazingly educational four days, and a great chance to perfect my pitch for various audiences.” –Lisa Glover Briana Gardell is the creator of Goblies paintballs that you throw by hand. Goblies are painless like water balloons and create a colorful splatter like paintballs.  The product is sold as a kit that allows kids to make 108 with food ingredients and cosmetic dyes while learning about chemistry.

Not only did Briana launch a successful Kickstarter campaign for Goblies a few months ago but her product also made it on CNBC’s list of hottest toys at Toy Fair.  Not bad for a first time exhibitor-you go girl! Briana realized that Toy Fair opened many doors for her and is thankful she was a part of such a positive experience.

“I exhibited for the first time at the 2016 Toy Fair. Toy Fair put my product in front of the right people. Without Toy Fair, it would take years to establish all those relationships, start conversations and open up opportunities. I was able to sell to toy stores across the country.”-Briana Gardell Lauren Villaverde is the founder of STEMpowered and creator of Stackablz. STEMpowered is a company preparing the next generation of STEM leaders through the creation of spatial skill inspired products and Stackablz is the flagship product. Stackablz are 3D puzzles paired with a storybook to address spatial skill development in children 3+. Lauren’s mission is to spread awareness about spatial skills and their impact on later STEM learning. She’s taken steps towards achieving this goal by presenting at TEDx Lehigh River and hosting presentations at local schools. Lauren hopes to exhibit her product at Toy Fair in the next year or so.

“Last year as a first-time Toy Fair attendee the raised eyebrows at my “student” name tag were slightly intimidating. In a world seemly dominated by buyers and an atmosphere full of wheeling and dealing this seemed like the last place a student with a few prototypes hidden away in her bag should be. But I quickly learned that for anyone with a hope or a dream of creating a product for children this was in fact the best place to be. Turns out those who were wheeling and dealing were great sources of knowledge on how to move your product to the next step in the design process. Why? Because they’ve seen this process executed hundreds of times already. Not to mention the educational classes that teach you everything from licensing your product to finding a manufacturer.

As a second year Toy Fair attendee this year I focused on expanding my network in the industry to include identifying a viable manufacturer. I’ve graduated from “student” to “inventor”, and while the raised eyebrows seem slightly more interested this time around I hope I’ll soon be in a position to be doing the staring from my very own booth.”-Lauren Villaverde