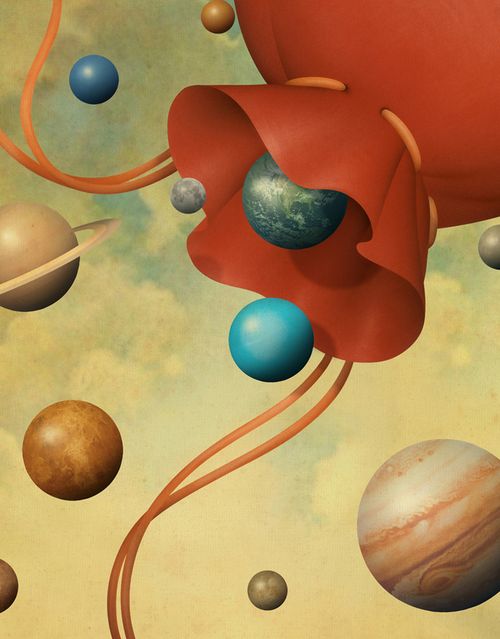 "I've Got the World on a String…" Beautiful toyetic artwork featuring marbles by Bill Mayer 2016 of The Weber Group.

Bill Mayer is considered a genius among his peers. Whether he’s painting in airbrush or drawing black and white line Bill’s skills and fearless diversity make him one of the most prolific and award-winning illustrators working today. His clients are as varied as his styles: DreamWorks, Universal, 20th Century Fox Blue Sky Studios, Hasbro, Macy’s, Cartoon Network, Coca Cola and a large number of advertising agencies hire Bill for his strong character developments. Bill’s originality and attention to detail are unsurpassed. Bill lives with his wife and large, extended family in Decatur, GA.. Bill likes to rock climb, hike and have fun whenever he’s not drawing.