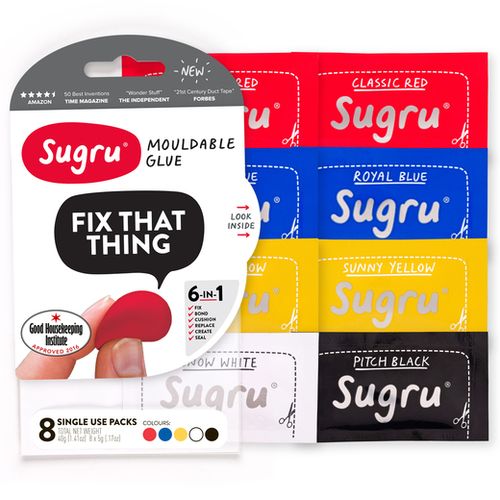 Sugru in Gaelic (the Irish language) means "play" and play is what you can do with this moldable glue.  Here is how Janet Morrissey puts it in her New York Times article "Sugaru, a Versatile Glue from Ireland, Gets Help from Web":

Sugru is a moldable glue. It looks like Play-Doh, can be shaped around any object, sticks to almost any material, is waterproof, is heat-resistant and dries to a silicone rubbery finish in 24 hours. Its ability to bond to virtually any surface — wood, glass, metals and ceramics among others — and its moldable nature make it unusual in the world of adhesives, sealants and glues.

The glue is a silicon based product that doesn't just look like Play-Doh but molds like it as well. It takes 24 hours to cure and then it sticks for as long as you like…unless you want to move it which you can easily do. 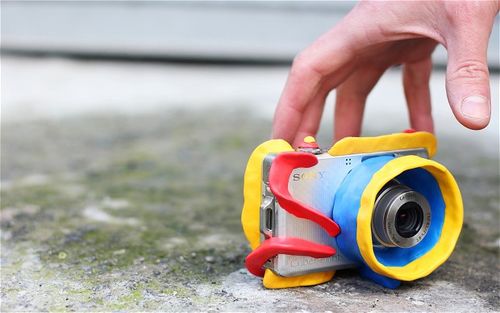 It would, however, have to be off limits to kids…at least for now.  It is not food safe but they say they are working on that challenge.  Still, it could be a kind of kind of Play-Doh for adults. Have any of you used Sugru?  If so, let us know.