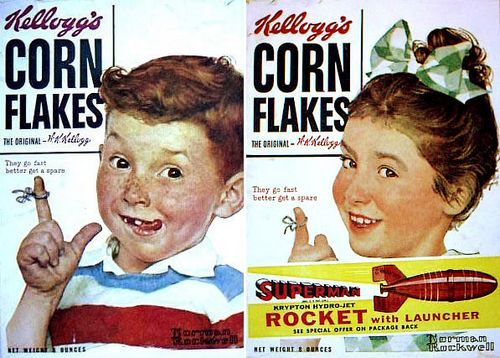 I can still remember driving my hand and arm deep into the just opened box of cereal in search of the prize inside. Finding it, usually at the bottom of the box, I pulled it out with a feeling of joy,  disappointment and sometimes both. What mostly comes to mind is all of the pieces of sticky cereal clinging to my arm and hand as I opened the little package to find a: Miniature license plate, a toy submarine, a deed to 1 square inch of free land in Alaska, a little car and more. 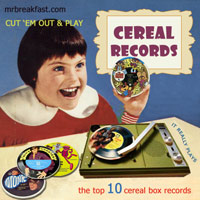 Records that were actually on the back of the box

I can also remember hating cereal (except of course for Frosted Flakes which left behind a sugar milk residue which tasted like what Moses was referring to when he spoke of milk and honey). Finally, I can remember the baleful eye of my Mother staring at me as I tried to gag down some cereal; knowing full well that she would have to eat it because I certainly never was. 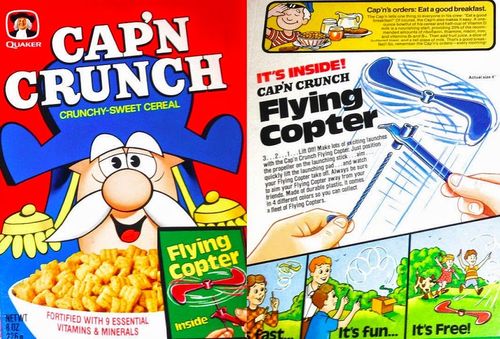 Yes, cold cereal was a big part of every kid’s childhood. Those brightly colored boxes sitting on the table and promising Boo Berries, Franken Berries, Cheerios, Trix and Kix. 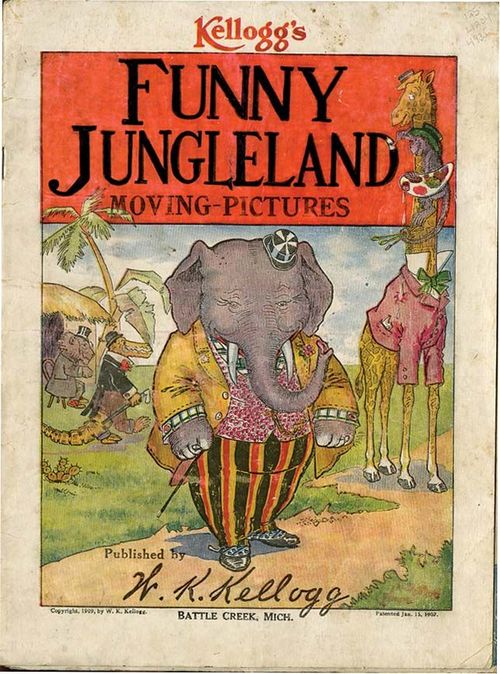 What was the  first in-box toy you may ask?  Well it was the “Funny Jungleland Moving Pictures Book” which appeared in 1909.  What followed was an endless series of toys that have delighted kids for over 100 years.  What was your favorite cereal toy memory?