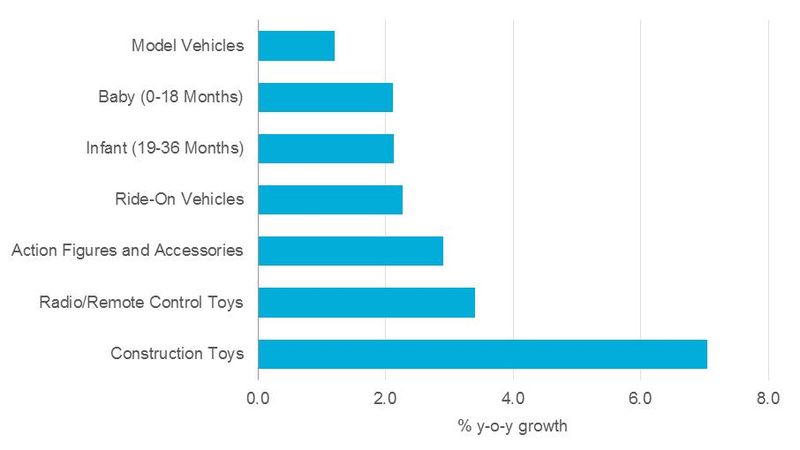 Since the 2009 recession there has been growing concern among car manufacturers that car ownership is losing its appeal with millennials and will continue declining in subsequent generations. The car industry saw an increasingly frugal consumer base that viewed cars as an unnecessary luxury, rather than an aspirational product and passing those values onto their children. Recent emissions test cheating scandals likely damaged the image of the auto industry in the eyes of increasingly environmentally-conscious consumers. Generating interest in cars in children is quickly becoming of strategic importance to the long-term future of the car industry putting toy manufacturers in great position for lucrative licensing deals.

No longer a given

Interest in cars was taken for granted by the car industry as parents passed on their passion on to their children. However as millennials start to raise families their declining interest in cars threatens the car industry’s future. Parents working on their cars, or going to car shows with their kids is an increasingly rare sight. Teenagers are ever more interested in smartphones rather than cars; an increasingly urbanized global population sees cars as a burden rather than a necessity or aspirational product. In hopes of reaching young adults the car industry opted to focus on connectivity with smartphones. No longer an afterthought in-car entertainment has become a crucial competitive tool for car manufacturers. In 2015-2016 efforts aimed at cultivating interest in cars among children have started to gain traction in the toys and games market.

Before the emergence of the above concerns car manufacturer-licensed toys were largely confined to model vehicles and construction sets. While still popular in these categories we are seeing more car brands across most other categories. Ferrari SpA has had significant success with licensing in 2016. Revenues in the Sponsorship, Commercial and Brand business unit increased 6.8% accounting for 15.2% of total revenues in Q3 2015 largely due to licensing royalties. Ferrari licensed merchandise can be found across a growing spectrum of toy categories ranging from baby toys to ride-on vehicles and LEGO construction sets.

In February 2016 Radio Flyer released a Tesla Model S ride-on. Much like the real car, the toy is powered by a rechargeable battery and can be customized to improve performance and appearance.

Globally sales of model vehicles have been underperforming as growth has shifted towards construction toys and other segments. We expect more car manufacturers to respond to this shift with growing involvement in fast-growing of toy categories.

With slow growth in model vehicles more and more licensees from the car industry will likely pursue licensing agreements within the booming construction toys category hoping the popularity of LEGO will help build their own brand value. We also expect to see growing automotive licensing activity in action figures and accessories as well as ride-on vehicles. However the popularity of drones within radio/remote control vehicles makes this fast-growing category ill-suited for car brands.