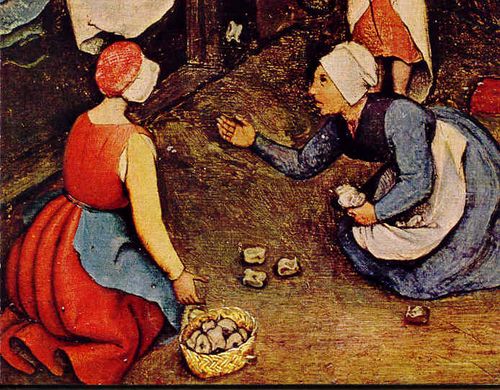 In memory, it seems that in my neighborhood girls played Jacks more than boys.  I do remember playing it a few times but being bewildered by the blur of my competitor's hands (a girl) in throwing up the ball and picking up "Rocks" (those little spikey things).

It was very much an every person's game as they cost little, lasted a long time and gave a lot of play value. The ball was typically, at least at that time, red and the Rocks were silver.  Times have changed and so have the materials used to make them as well as the colors that adorn them. 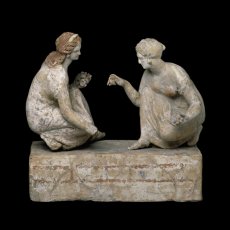 I did a little research and found that they are actually one of our oldest games.  Dating back to probably pre-historic times, they were originally played with bones and rocks.  No, not human bones (although that would add an exotic quality) but sheep ankle bones, the same bones that were originally used as dice.  Hence, the original name for Jacks was Knucklebones.

As you can see, there is a surprising amount of art working depicting girls playing the game. 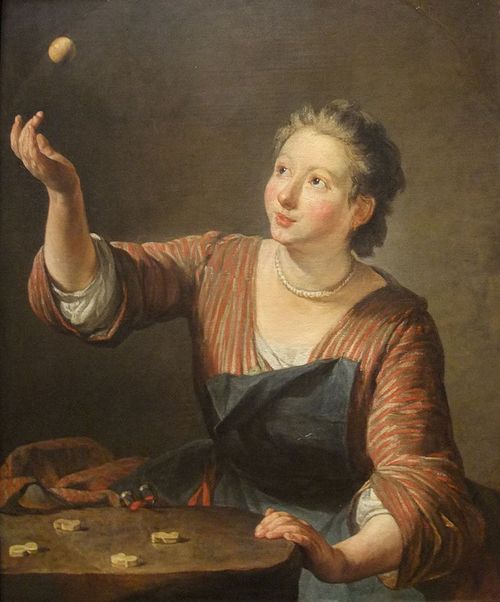 I am going to guess (I couldn't find any validation) that modern Jacks arose with the availability of cheap, synthetic rubber. Lest you think that Jacks innovation is history, Wacky Jax, a game (called Chinese Jacks) that was popular in the 1980's was brought back to life a few years ago.