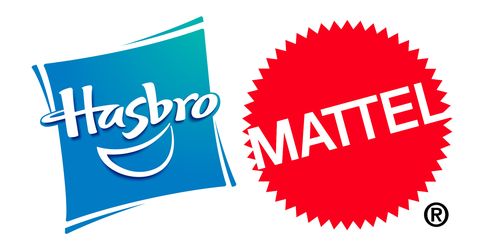 Sometimes when you read something shocking, it is so hard to believe that you think you are imagining it. That was how I felt, yesterday, when I saw the stunning news that toy industry giants Hasbro and Mattel were in merger talks.

Astonished emails started coming into my email box expressing shock and more than a little fear. This was the toy industry's version of an earthquake.

After the rattling stopped, I collected my thoughts and concluded that there are two big reasons a merger would not take place:  The United States Government and The Walt Disney Company.

It seems highly unlikely that the government would allow a merger between the industry's two biggest players.  Gerrick Johnson, BMO Capital Stock Analyst and Toy Industry Specialist, concurs and calculates that a merger would give a Hasbro / Mattel combination 45% mass market share.  Here is how he puts it: 'It is our view that a merger of the two companies would not receive regulatory approval owing to the combined companies dominant market share in both the US and global toy markets, which we think would produce an anti-competitive environment."

If you work in the toy and play business, there is only one entity possibly more powerful than the government and that is The Walt Disney Company and it seems very unlikely it would like the idea. As Matt Townsend put it in his cleverly worded Bloomberg headline, "Warning: Hasbro-Mattel Merger May Be Choking Hazard for Disney," a merger would present Disney with a major competitor.  As or even more importantly, it would have a softening effect on bidding competition for Disney licensed properties.

Bottom line, a merger could happen but it seems like there will be two major forces working against it.