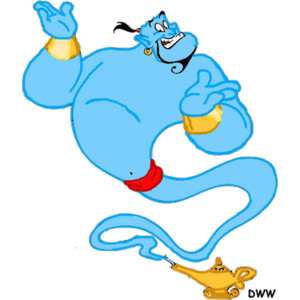 90% of the voices heard in Aladdin are male

What the analysis of these voices should show us is that despite our best intentions, there is a hidden cultural default for male attributes that underlies much of our popular culture.

Geena Davis's organization,  "See Jane", has for years been telling us that females don't get a fair shake when it comes to making animated films.  There are not enough female directors, there are too few women in crowd scenes and female bodies are distorted.

Well, she and her organization will have a lot to digest when they read a report from Carmen Fought and Karen Eisenhauer, researchers who have been analyzing all of the dialogue in the Disney Princesses movies. In a Washington Post article, "Researchers have found a major problem with ‘The Little Mermaid’ and other Disney movies" by Jeff Guo, we learn that there has been a surprising decline in the number of female voices heard in Disney animated films over the last decades.

Here is how the Guo puts it:

In the classic three Disney princess films, women speak as much as, or more than the men. “Snow White” is about 50-50. “Cinderella” is 60-40. And in “Sleeping Beauty,” women deliver a whopping 71 percent of the dialogue. Though these were films created over 50 years ago, they give ample opportunity for women to have their voices heard.

But that was then and this is now.  Guo goes on to point out that the research shows

Men speak 90% of the dialogue in Aladdin.  That's astounding.  As I read the article I thought about how this aligned with our own research at Global Toy Experts.  We did a survey three years ago of moms in which we asked them what they played with as children and what their daughters play with now. Our research showed a 25% drop in daughters playing with the "gender neutral" toys (cars and trucks, construction toys, etc.) with which their moms played.

We should all applaud The Walt Disney Company for making a concerted effort over the years to give its female characters inner-strength and beauty; to make them more self-reliant and above all to put them in charge of their own destiny.  What the analysis of these voices should show us is that despite our best intentions, there is a hidden cultural default for male attributes that underlies much of our popular culture.

Lots to think about.