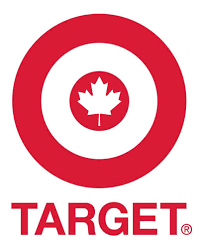 ",,,a company trapped by an overly ambitious launch schedule, an inexperienced leadership team expected to deal with the biggest crisis in the firm’s history…

I strongly suggest you read a great article in Canadian Business, "The Last Days of Target," by Joe Castaldo. Mr. Castaldo does a great job of laying out the problems and the players in what turned out to be a remarkable bankruptcy by one of America's greatest retailers.

Mr. Castaldo summarizes the failure as the "…story of a company trapped by an overly ambitious launch schedule, an inexperienced leadership team expected to deal with the biggest crisis in the firm’s history, and a sophisticated retail giant felled by the most mundane, basic and embarrassing of errors." This audacious attempt by Target, a company that had never added a store outside of the United States, is to me a lesson in the dangers of having a "can do spirit" when you have neither the experience nor the cultural knowledge in place.

Just after the start of 2011, Target announced that is was acquiring the 220 store Zellers chain for a whopping $1.8 billion. Zellers had been a retailing star in the 1990's but the company had trouble operating in a 21st century that contained over 300 highly competitive Wal-Mart stores.

The original plan was to open 124 of the Zellers locations as Target stores in 2013.  This would be a major undertaking for any company but it proved to be overwhelming for Target.  A lack of sufficient time, an inexperienced staff and the use of different operating systems than were being used in the U.S. led to a warehouse overflowing with inventory and stores with empty shelves.

I find Target's fate to be both cautionary and sad.  Target was a company with a great brand and employees and Canada was a great country long waiting to have access to the master of "Cheap Chic."  It should have worked; it's a shame it didn't.