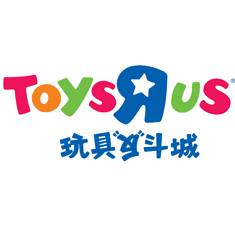 I think it is brilliant timing and I will tell you why in the next paragraph.  I have to admit, however, that not everyone agrees with me.  Doug Young, a writer for Forbes, said what was on his mind in this headline: "Toys 'R' Us China Toy Story — Real, or IPO Hype?".  Mr. Young opens with this statement: "Bottom line: Toys “R” Us’ big China expansion plan contrasts with pull-backs and departures for many major western retailers in the tough market, and could be aimed at generating buzz in the run-up to a potential IPO."

In my opinion, Doug Young is completely off base.  Yes, some chains may be pulling back or out but Toys R Us sells toys and China is about to be hit with one of the biggest baby booms in history.  At the end of December, 2015, China announced it was changing its one child policy to allow two per family.  China has, for the last 35 years, limited families to one child per household.  Now, with that figure doubling, we can anticipate that some families with one child will go back for a second and families yet to give birth will think in terms of two children.  That's going to mean a lot of babies.

So, Toys R Us is in the right place at the right time to take advantage of a baby and then child population hungry for toys and all things baby.  Good move Toys R Us.