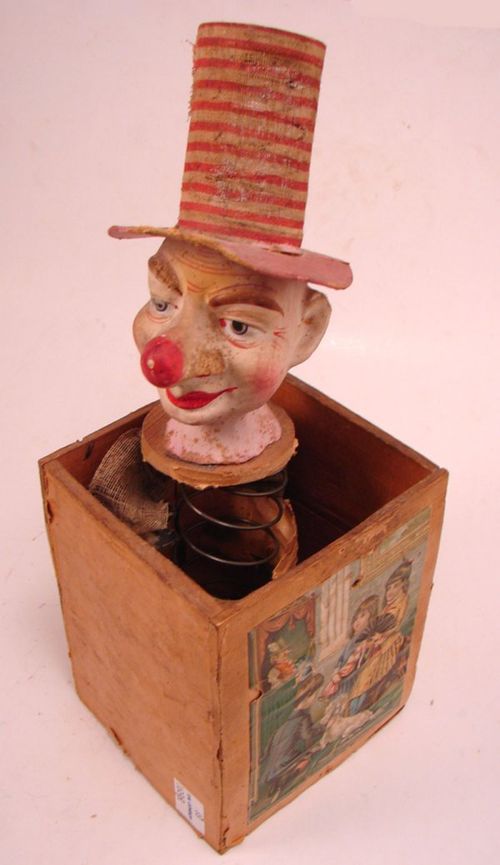 I can still remember my first encounter with a Jack in the Box.  I was pretty little and nobody told me that there was a surprise.  I just thought it made music (I am pretty sure it played "Pop Goes the Weasel").  So, as you can imagine it was quite a surprise when a clown (or maybe a monkey) jumped out and scared the hell out of me.

Scary as they were (they aren't as scary anymore) they have a place in the Toy Hall of Fame in Rochester, NY. The early versions, dating back to the 16th century when they were a sort of "toy tie-in" to the Punch and Judy Shows, were pretty grotesque.

They are still around today.  Here are some vintage images I chose that run anywhere from creepy to funny / sexy to cute.  I hope you enjoy them. 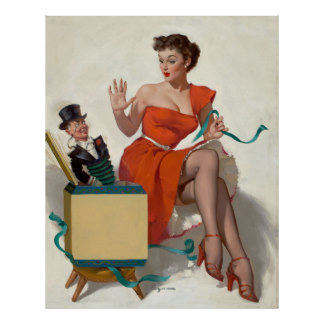 Very Early Jack in a Boot circa 16th century