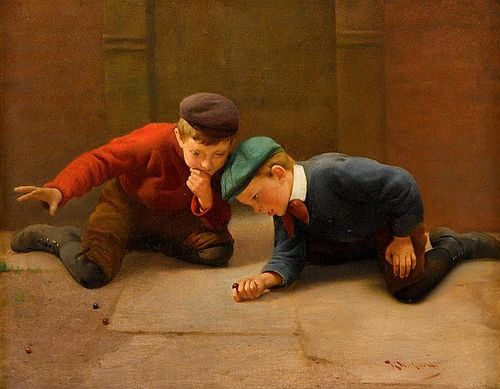 "Game of Marbles" by Karl Witkowski American circa 1900

I played a lot of marbles when I was a kid. In fact, I had a case of "marble thumb," a term I made up to describe why the cuticle on my shooter thumb was so pushed back.  Marbles was a beautiful game in its simplicity,  the elegance of its play pattern and the fanciful design of its elements.  Here are how some artists expressed the game's beauty. A Game of Marbles Paul Charles Chocane-Moreau French circa 1900