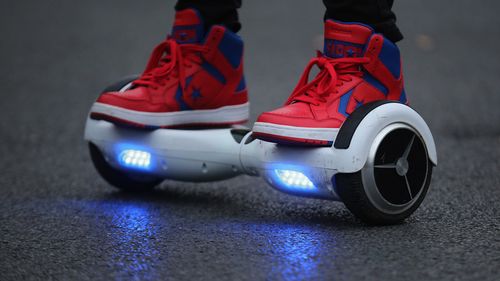 The toy industry has garnered some of the weirdest press coverage this year.  We have had international political controversies (Lego); accusations about racism (Playmobil) and even hacking (VTech).  Now, we have hoverboards catching on fire.

A hover board is basically a Segway without handles.  You maneuver, speed up and slow down through agility and balance.   I have seen them on the sidewalks of New York and they look like a lot of fun.

Unfortunately the Consumer Products Safety Commission has received 10 complaints of fires and, though there has been no recall, they are investigating.  As a result, a number of airlines including American, Delta and United airlines have banned them from being brought on board and Overstock.com has removed them from sale.

Why the fires?  The suspect is the lithium ion batteries.

What a shame that this great new play pattern is struggling over the technology.   The problem would appear to be fixable.  Let's hope it is and that its not too late.