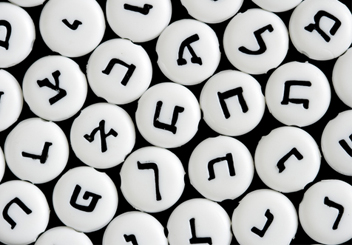 I have always loved to play word games; whether it was playing GHOST  with friends in the car or Scrabble around the kitchen table. I have this feeling that as long as there have been words, there have been word games. I imagine a family sitting on the back of a Mammoth, playing an ancient version of GHOST, and happily heading into a prehistoric sunset.

It was with this in mind that I began to ponder: “What exactly was the first word game?” I did the mandatory Google search, thinking the answer would be easy to find but it was not. I was not able to find anything that identified a first word game. In fact, I did some more research and was not able to find anything that recounted the history of word games. All of you word game mavens out there, is there a book or a book that needs to be written?

Left to my own devices, I began to think through where I might have seen early versions of word games, or at least word play. That was when it occurred to me that are a number of acrostics in the Bible. In fact, the Book of Psalms contains eight.

An acrostic is a poem in which the first letter in each line forms a vertical word or sentence. The hidden sentence is something for the reader to discover; a bit of a game or puzzle.  It occurred to me that when you think about it, an early form of an “easter egg”, the surprise hidden in video games.

Here is how Wikipedia defines it:  “An Easter egg is an intentional inside joke, hidden message, or feature in an interactive work such as a computer program, video game or DVD menu screen. The name has been said to evoke the idea of a traditional Easter egg hunt.”  Yes, even in video games, nothing is really new.

It did not, of course, stop there. Many authors have, over the centuries, played with us through acrostics. For example, Lewis Carroll, finished his Through the Looking Glass by spelling out “Alice Pleasance Liddell” (Alice’s full name) in the book’s last chapter:

Children three that nestle near,
Eager eye and willing ear,
Pleased a simple tale to hear–

Children yet, the tale to hear,
Eager eye and willing ear,
Lovingly shall nestle near.

Ever drifting down the stream–
Lingering in the golden gleam–
Life, what is it but a dream?

In my next posting I will write about anagrams.