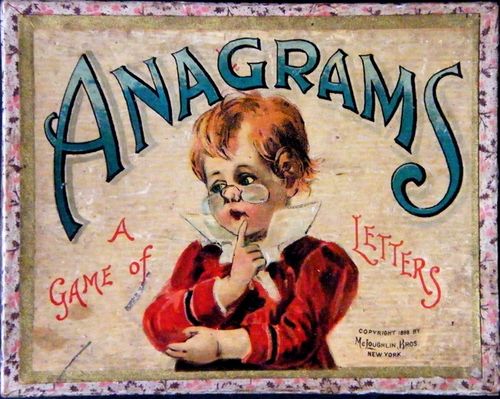 In my last posting, "What Was the First Word Game?", I began a modest (and very short,) history of the word games that started it all. There are today, an incredible number of word games for us to enjoy.  They can be found on line and on tables all across America.  But what started it all?  If we were to explore the DNA of Scrabble, the Crossword Puzzle or Boggle, what would we find in its genes?

In the above mentioned article, I did some research and  found an ancient antecedent for today's word games in the acrostic, a word game / puzzle found in the Bible.  It involved the arranging of the letters in a poem that when read from top to bottom formed a hidden word or sentence. 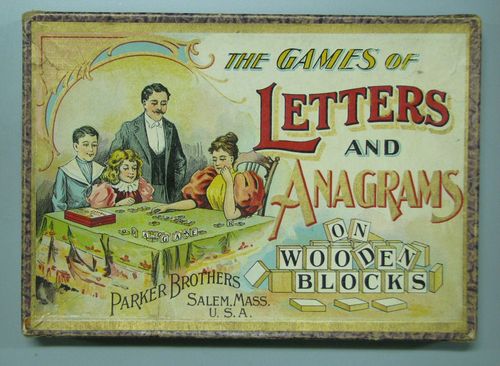 Now let's skip forward to the 19th century.  It was then that anagrams, a game in which letters from one word are rearranged to form another, first appeared.  It was a homemade form of entertainment with no known inventor.  Families began playing it in their homes along with Hangman, another new word game (although a pretty strange one when you think about it; I mean hanging people?). 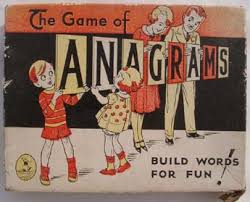 Parker Brothers saw an opportunity and published its own version in 1890: “The Game of Letters and Anagrams on Wooden Blocks.”  It became popular and led to other versions from McLouglin Brothers and "Anagrams and other Letter Games" from then competitor, Milton Bradley.

If you know more history regarding word and letter games, let us know.