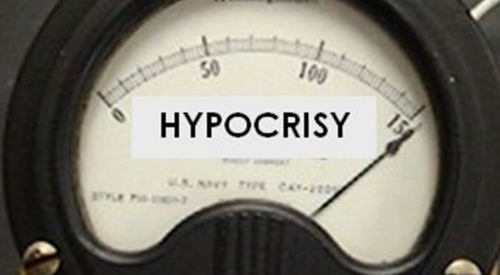 One of the local Chicago stations has been running an ad about their exclusive look at the PIRG's  2015  "Trouble In Toyland" report.  PIRG is an NGO that annually posts a list of "dangerous" toys. The ad was obviously designed to scare viewers by announcing that the station would reveal the use of dangerous chemicals in toys.

It made me angry but not surprised.  This is the time of year when PIRG and other NGO's raise money for their organizations by frightening consumers about toy safety.  I only wish that station would have asked PIRG why, if they discovered these "problems" last April,were they just exposing them now?  Isn't withholding that kind of information a bit reckless?

I have written in the past that the toy industry needs to challenge organizations like PIRG to provide detail on their testing and tester qualifications.  In other words, expect from them what they expect from us. Fortunately, The Toy Industry Association  sees it the same way and did all of us a service by analyzing last year's Trouble In Toyland report.  The TIA response was a powerful one.  Here is a graphic that was used: PIRG was obviously stung by the TIA's analysis so they fired back.  Their response was written by Dev Gowda, the Public Health Advocate for PIRG.  I found Mr. Gowda's response,   "Industry Tries to Toy with Our Toy Report,"  to be disingenuous and deceptive.

To illustrate my point, here are a list of the Toy Industry report's charges and Mr. Gowda's responses as laid out in his article.  My comments follow (All italicized words are quoted from Mr. Gowda's article)::

1.  Toy Industry Association charge:
"Nearly 85% of the products named in PIRG's report were tested at a lab that is not accredited by the Consumer Product Safety Commission to do that testing, seriously calling into question the validity of their methods and results."

U.S. PIRG response:
We used a Consumer Product Safety Commission (CPSC)-accredited lab, STAT Corporation, for 100% of the toys that were tested for toxic chemicals

I visited the STAT Corporation website and discovered that they do not claim CPSC accreditation. Here is a link to their accreditation page. In addition, I could not find anything on their website that indicates that they test toys. The reason for this is that the STAT Corporation only does two tests that apply to toys.  Bottom line, Why doesn't PIRG use an actual toy testing lab?

2. Toy Industry Association charge:
"Many 'dangerous' toys named by PIRG…aren't even toys. Including non-toy items – like backpacks, headbands, and towels – in a toy report is disingenuous and creates confusion about the safety of compliant toys."

U.S. PIRG response:
All the products we tested were found in the children's toy section of the stores.

PIRG certainly knows that just because a store, any store, decides where to put a product says nothing about what the product is. Putting a fish in a zoo does not make the fish an animal.  In the same sense,placing a backpack or headband in the toy department does not make it a toy.  The government has differing safety standards for backpacks (school supplies), headbands (hair goods) and towels (soft goods).  In fact, the government's standards are higher for toys than any of the other categories.

3.    Toy Industry Association charge:
"None of the toys named in these reports have been recalled by the U.S. Consumer Product Safety Commission (CPSC),the federal agency charged with overseeing toy safety.

U.S. PIRG response:
Our report isn't meant to find already-recalled toys at the stores. It's meant to identify potentially dangerous toys that are currently on store shelves which may need to be recalled once the appropriate government agency checks them out. Over the past 30 years, our reports have led to over 150 recalls and other enforcement actions.

Mr. Gowda sounds a little too much like a politician in dodging the issue by not responding to the charge:  Why have reports over the last five years not resulted in toys being recalled that were cited by PIRG?

4.    Toy Industry Association charge :
"PIRG cited 29% of the toys in its report for having "near" small parts and "nearly" fitting into the Consumer Product Safety Commission-approved small parts tester to check for choking hazards. The fact remains that if an item passes the small parts test, it's not a small part…and not a hazard."

The current small parts requirement was developed in conjunction with the medical community.  It is seen by many as a highly effective safety measure that has been replicated by the European Union which is known for having extremely high standards.

Wouldn't it be wonderful if PIRG provided the standards of clarity, precision and care that it demands of the toy industry.  C'mon PIRG; you are good people and you can do better than this.