This was a rough week for Lego as it found itself in the middle of a political controversy regarding freedom of expression. Here is what happened:  Chinese, world renowned artist and dissident, Ai Weiwei, had plans to use Lego bricks in one of his artistic creations.  Weiwei, known for making political statements through his art has long been a thorn in the Chinese government's side.

When he reached out to Lego to purchase Lego bricks in bulk, the company turned him down stating that the company:  “cannot approve the use of Legos for political works.”  Weiwei responded by accusing Lego of giving in to the Chinese government. 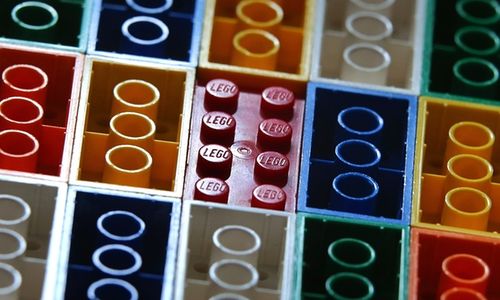 As I read about the controversy in a Forbes article, "Ai Weiwei Versus Lego Toys and Artistic "Censorship," I was struck by a comment by its author Rob Cain.  Cain was defending Lego from Weiwei's accusation by writing:  "When he [Weiwei] refers to LEGO as a “powerful corporation,” this is not Google or General Electric we’re talking about, it’s a little Danish company that makes injection-molded plastic shapes for kids who are primarily 10 years old and younger."

Wait a minute…since when did LEGO become a "little Danish company" and more importantly LEGO does much more than make "…injection-molded plastic shapes for kids who are primarily 10 years old and younger."

LEGO is one of the world's most widely recognized icons.  It does not just live on the shelf but in the minds of people all over the globe when they think of hands-on creativity in children.  Its bricks are as important to some artists as are paints or marble to others.  As importantly, it is a launch pad for many a future architect and builder.

It is possible to defend or attack LEGO for its decision regarding Weiwei but do not dismiss them, and in doing so, all of toys and play, as not being the equal of Google and General Electric.

More on this in my next posting.