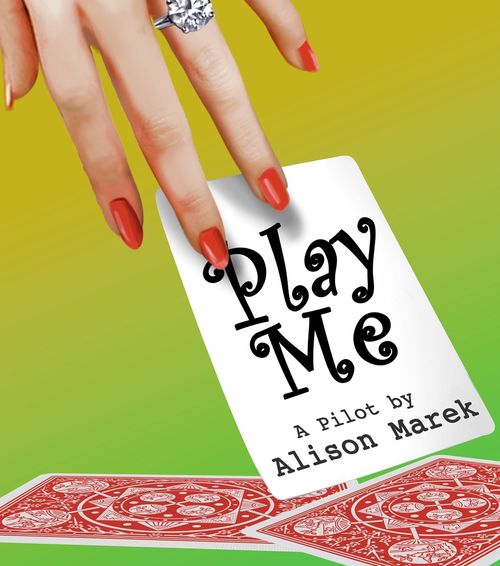 We at Global Toy News like to help out those in the industry who don't always have a voice.  Particularly when they are working on something of an historic nature.  "Play Me" by author and director Alison Marek, is the first time, to my knowledge, that anyone has ever written a screenplay about Toy Fair.  Set in the 1950's, it looks at the Mad Men era from the viewpoint of a woman trying to break into what was, to a large degree, an all boys club.

I have not read the screenplay but is sounds like its going to go a long way towards reminding us all why "Women In Toys" exists and why we need to give profound respect to women pioneers like Lynn Pressman (CEO of Pressman), Ruth Handler (Mattel), Betty James (CEO of Slinky), Betty Morris (Shrinky Dinks) and all the many others who paved the way for so many women today.

Los Angeles, California – At a time when gender disparity is making daily headlines in Hollywood, a former toy reporter is staging a reading of a pilot about women who broke into the toy industry's “boys club” in the late '50s.

“Play Me,” written by Alison Marek, was inspired by the women  pioneers she encountered as a reporter at TDmonthly Magazine.  The reading was selected as a project for Ovation TV's Creative Studios, where Marek hopes to attract fans, a $5000 prize for developing the series … and the eyes of Ovation's nearly 50 million subscribers.

“There are more than 50 other projects in Creative Studios,” said Marek. “It's important to build buzz to show that audiences are interested in stories about complex and flawed women who are able to accomplish remarkable things.”

Set in the 1950s, “Play Me” takes place the year before Mattel's Barbie debuted at Toy Fair.

“It was a 'different' kind of trade show back then,” explains Marek. “After the show closed for the the day, the Toy Building would be shut down for business and limousines pulled up to Fifth Avenue, filled with prostitutes and party girls who helped 'entertain' the conventioneers. It would have been pretty difficult for a woman toymaker to 'network' with that crowd!”  she points out.

While covering the specialty toy industry for  9 years, Marek  witnessed firsthand how arduous a journey it can be to bring a toy from inception to market – no matter what the inventor's gender. But being perceived as an outsider  makes the journey even more difficult – and more dramatic.

“ 'Play Me,'  follows Greta, a young housewife who emigrated from Czechoslvakia and decides to raise awareness about pollution in American suburbs by creating a game called 'Save the World,'” says Marek. “She finds resistance at home, in her community, and in the business world, and must negotiate the kinds of obstacles that most men never have to encounter.”

Not only did “Play Me” arise from stories told to Marek by actual pioneer women in the biz, at least one character is based on an historical figure: Olive Kooken, a sculptor who designed dime soldiers for Tommy Toy and Barclay starting in the 1930s. In the pilot, she appears as “Bernie” – an artist who's struggling with hard times as her piecemeal work is shipped overseas.

“We're already halfway to the first funding goal, so the important thing now is to build buzz,” urged Marek. “Raising awareness of 'Play Me' will also raise awareness of specialty toys in general, and of the generous donors who provided the project with prizes.”

To promote this story of women in toys, go to the  “Play Me” RocketHub page and contribute whatever amount you wish.  Opt for the prizes offered, or select CUSTOM at the bottom to choose any amount.