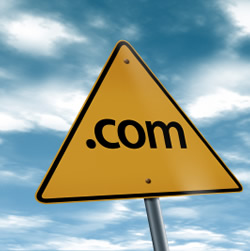 "Amazon's stock is up more than 80 percent this year.  Walmart's has declined 30 percent."

Wal-Mart's problems with Amazon and ecommerce keep getting worse.  That fact is amply pointed out in a New York Times article by James B. Stewart.  The article, "Walmart Plays Catch-Up with Amazon," I think sums it all up with these words:  "Amazon’s stock is up more than 80 percent this year. Walmart’s has declined 30 percent."

I have written a number of articles on Wal-Mart's war with Amazon for the lowest price and the American consumer.  I went back and reread two of them.   In "Walmart,Amazon and the Price of Bananas" I pointed out that "Amazon’s number one item in 2010 was the Kindle which sold for $139 a pop.  What was Wal-Mart’s number one item in 2010; it was the banana with an average price of 45 cents?"  In "Who Shops at Walmart and Amazon;  what it means for the toy industry," I noted that according to research:

Amazon’s shoppers are older, wealthier, better-educated and more likely to be childless. More than one-quarter are over 50, 57 percent earn over $60,000 a year, and 64 percent are childless…Wal-Mart shoppers are predominantly young women–63 percent. Nearly half have kids, and 51 percent earn more than $60,000. Shoppers under age 34 are close to half the customer base. Fewer shoppers went to graduate school or earn over $100,000 a year compared with Amazon’s customers.

Wal-Mart announced last week that it was going to invest more in ecommerce.  If that sounds like a familiar line, according to Mr. Stewart, Wal-Mart first made a similar statement in 1999.

What is ironic to those who have been around is that Walmart a generation ago actually upended Kmart as the retail leader by investing in communications technology in order to dramatically reduce their costs of business.  This allowed Walmart to under price Kmart, which did not invest in technology, and actually make more money while doing so.

Now they are the victim of Amazon who lives and breathes internet and mobile technology and has used it to become, for many, the low cost leader–something unthinkable just a few years ago.

Walmart is still a behemoth with $486 billion in revenue in 2014.  Amazingly, only 2.5% of that was from Internet sales.

What should Walmart do?

Well, the article quotes a Professor Greenwald of Columbia University as making the brain popping statement that he would rather see "Walmart team up with existing technology company that already has the analytics and cloud computing capacity, rather than try to build its own."

Who would they buy; Amazon?  Or would Amazon buy them?  I think its going to get far more interesting.