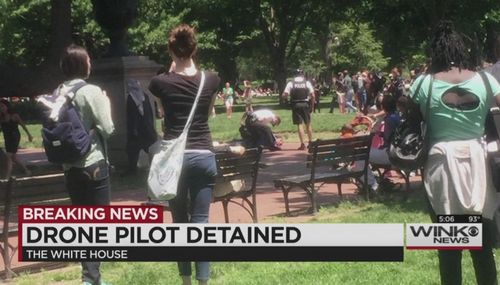 Has the Federal government, or any government for that matter, ever required the registration of a toy?  I am not aware of that happening but it is now.  That drone you thought was a toy is actually an aircraft and, just like any commercial flying device, it has to be registered with the Federal government. That according to an article by Washington Post writer Craig Whitlock.  The article, "Federal regulators to require registration of recreational drones," states that the government is very concerned about the number of drone incursions, several around the White House, and feels that it has to get control over something that is out of hand.

This paragraph in the article says it all:

Pilots of passenger planes and other aircraft are reporting more than 100 sightings or close calls with rogue drones a month, according to the FAA. Such incidents were almost unheard of prior to last year, but have escalated quickly amid a boom in the consumer drone market. American hobbyists are projected to buy about 700,000 drones this year, a 63 percent increase from 2014.

Depending upon how the registration is handled, this could have an impact on retailers.    After all, how many retailers, other than those who sell guns, have to register purchasers with the government.

Who will benefit from this?

I think it will be hobby shops,  boutique electronics stores and ecommerce websites.  Why, because in the case of the first two, they are in the best position to handle these types of transactions due to customary in-store person to person interactions around product purchases.  As to buying online, it should just be a matter of opening an additional screen while making the purchase.

Whatever the case, I think we are going to see greater limitations on how high and how far a recreational drone can fly.