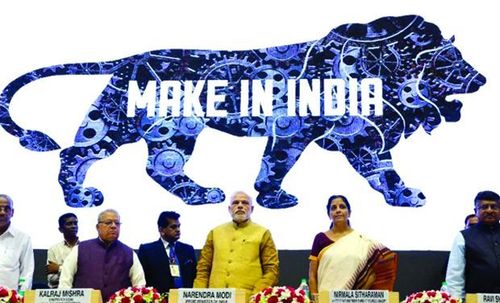 China is still the place to be.   Strong interpersonal relationships and a powerful infrastructure will continue to make it hard to leave.

In my last article, I wrote about a New York Times article reporting that Hasbro and other large companies (General Motors, FoxConn, etc.) are moving some production out of China and into India.  What has changed in the last few years to make India so compelling.

Well its certainly not India's infrastructure or fresh air.  Here is how Keith Bradsher puts it in that New York Times article, "India’s Manufacturing Sector Courts the World, but Pitfalls Remain:"

Progress in improving the country’s [India's] inadequate roads, rail lines and ports has been slow. Corruption remains pernicious. Urban air pollution is even worse in India than in China, and could deteriorate further as more factories are built.  Plans to rewrite labor and land laws, and to overhaul state taxes, have stalled in Parliament.

That doesn't seem very attractive.  Here are some thoughts on what is happening in China and India that may explain why:

1.    India's Legal System -  India was a former British colony and as a result employs English Common Law with its strong respect for property rights (physical and intellectual).  Western companies are find this far more comfortable.

2.     India's Giant Labor Force - According to Bradsher, 10 million new adults enter India's labor force every year and there are not enough jobs for them. That means lower labor costs and fully manned factories.

3.    India's Open Door - India is aggressively recruiting new manufacturers under its "Make It In India Program."  Is it working, according to Bradsher "foreign direct investment in India is up 46 percent over the last two years. It is down 1.3 percent in China."

1.    China's New Worker - China's young workers not that long ago were will to move hundreds of miles for a factory job; not so much anymore.  Today's young worker  is a product of China's "One Child Policy."  These children, nicknamed "the little emperors" when they were children, have been understandably indulged by their grandparents, aunts and uncles.  They have no brothers and sisters so they have not had to put up with older siblings nor learn how to get along with younger ones.  They are a management challenge.

2.    Chinese Labor Shortages – China's workers have become better educated and desire white collar jobs.  This has resulted in labor shortages that not only impact wages but present a challenge to getting orders out the door.

3.    Chinese Labor Costs Are Up – Because of numbers 1 and 2, labor costs have been steadily going up in China for years.   When the cost of labor goes up, a country begins to move out of the low labor cost sweet spot at other times in history owned by Japan and Hong Kong.

China is still the place to be.   Strong interpersonal relationships and a powerful infrastructure will continue to make it hard to leave.  Still, things are changing and companies are hedging their bets.  We'll keep watching this situation.