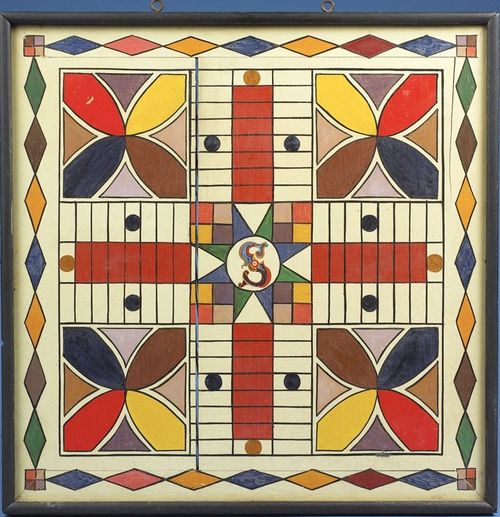 Many of us have had a chance to play the game of Parcheesi.  It's a great family game and a lot of fun too. Parcheesi is, however, a brand name owned by Parker Brothers and the latest iteration of Pachisi (a Hindi word meaning "throw of 25") also known as the Game of Kings. That latter name coming from the practice by Indian royalty of having their servants dress up like playing pieces while competing on a large, outdoor playing surface.

What I found to be of particular interest is the number of 19th century, handmade boards. They remind me a bit of quilts in their diversity of patterns.  There is a collector community and some go for five figures. Above and below are some that I liked: 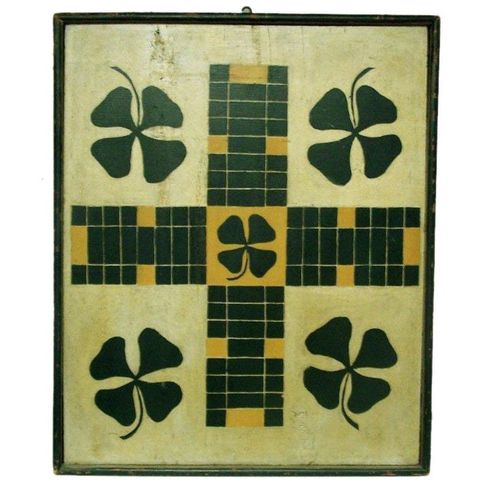 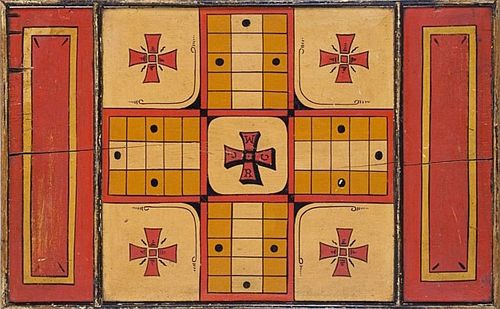