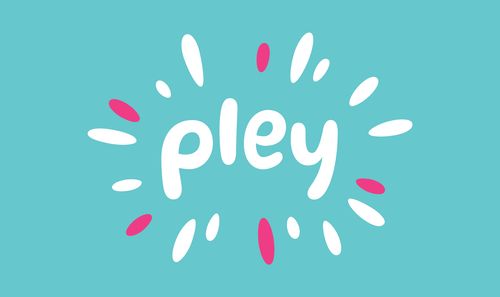 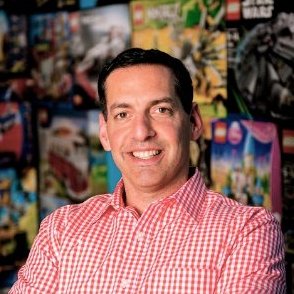 I had the pleasure of interviewing Ranan Lachman, the CEO and Founder of Pley, a toy retailer that rents rather than sells.  Their focus has until now been on Lego and they will happily rent you an unlimited number of sets. Called the Netflix of toys, the company has been covered by Time Magazine, Good Morning America, CNN and other media outlets.  They have just successfully raised additional capital and are on the lookout for additional toy brands that lend themselves to their rental model.  Here is my interview with Ranan:

I love the fact that you are referred to as Netflix of Lego and soon to be other toys.  Can you elaborate on that bold, but visionary, comparison?

The vision of Pley is to deliver toys to families at a fraction of the cost in a more convenient and eco-friendly manner. When you think about it, the toy industry has not evolved much in the last 100 years, we still have designers coming up with new toy designs in a vacuum, with toy companies placing them in stores (brick-and-mortar or online) hoping that kids will like them, parents will pay for them and that couple will become blockbusters. Pley disrupts the toy industry by having a direct connection with end consumers, understanding their constantly changing tastes and reacting in a matter of days, not months, to deliver them the toys they really want.

Our service works like the original Netflix service. Users sign up on www.pley.com, select a subscription plan and add the toys they really want to their Pleylist (the queue) from a catalog of 400+ toys. We send their first choice to their home in a beautiful box, they play with it as long as they want and when they’re done playing they send it back and get the next one. We save families 70% on their toy spending, eliminate toy clutter at home and prevent toys from filling landfills as we recycle toys.  For $20 a month you get unlimited toys, clean and sanitized with free shipping.

Our big data system allows us to capture likings and behavior trends immediately, months before these trends are seen on shelves in toy stores.  We know about kids’ preferences and we can test designs of toys to gauge if these toys are worth producing. We measure the actual playtime and discover cross playing opportunities by looking at the massive play data that we collect. At the end of the day parents are horrible at identifying what their kids will play with and we have the ability interact directly with the kids and have a very accurate recommendation engine.

Some parents use our platform as a try-before-you-buy platform for toys. After seeing my son abandoning a $150 toy after five minutes of playtime I vowed to never buy a toy in a store. On Pley, you can get a toy, see if your child likes it and then purchase it with a single click. That a much smarter way to consume toys.

How did you decide to create Pley?  Was there a Eureka moment?

I realized one day that I spent $3,000 on my son LEGOs. LEGOs are expensive toys and while in the past they promoted creativity, nowadays, they become a construction project. After couple of hours building a new LEGO set the kids are done with it and just want the next set, they rarely play with it again. Many parents have this “LEGO dilemma”: should I spend $100 to entertain my kid for two hours?.  I think there is a better way to deliver the educational aspects of toys without paying too much and adding plastic to landfills.

Why do you think that people want to rent rather than own?  Is it the cost of purchase, the toy clutter, the chance to try a product or something more?

We did a research on 1,500 families in the U.S. and the average family spends $11,000 on toys for a 10 years old. Kids have 248 toys in average out of which they play only with 6% – that’s a huge waste. 50% of toys are becoming unusable within 30 days. So the more relevant question would shortly become why own, if you are a smart consumer you’ll rent. With the sharing economy growing in adoption to 84%, you’ll see more toy stores closing and more people renting.

In addition, LEGO is the perfect example and that’s why we started with it. It’s a very expensive toy a subset of the population can’t afford it. The average kid gets 1-2 LEGOs a year (mainly for special occasions like birthday, Christmas) but with Pley, for the same price, they can enjoy 20-30 a year. We are democratizing creativity and bringing it to the masses currently serving 200,000+ kids.

What do you see as the future of Pley and Play?

Play is going to be a lot smarter and a lot more customized. Our nimble team works on several projects to enable kids to do just that. We launched http://www.pleyworld.com that enables every kid to upload a picture of their LEGO design, have friends vote on it and once it gets 5,000 votes, our automatic machines assembles these sets within seconds for shipping. More than 20% of our members prefer an exclusive Pleyworld design to a LEGO design and this ratio increases every month.

We are working on a service that will enable kids to create their customized toys at home so this will circumvent old supply chains through stores or shipping. We also about to start deliver smart toys (such as robots that teach kids how to code, sport equipment with sensors that teach kids to improve their baseball swing, soccer kick, basketball dribble skills etc.)

There are a lot of secret projects that we are working on which will bring more innovation to the toy industry. As a start-up we have the privilege to be selective and hire only ultra-smart talent, being backed by leading VCs we have deep pockets and have experienced professionals on our team such as the former COO of Netflix, CMO of Apple and the head of e-commerce of ToysRUs.

Do you have any toys on your desk and if so what are they?

I used to be a fighter pilot in the Israeli Air Force, so on my desk you’ll find a large dual wing LEGO airplane (SKU 10266) from the first world war and a 3D printed LEGO-like F-22 raptor, this reminds me every day where we came from and where we’re we going.