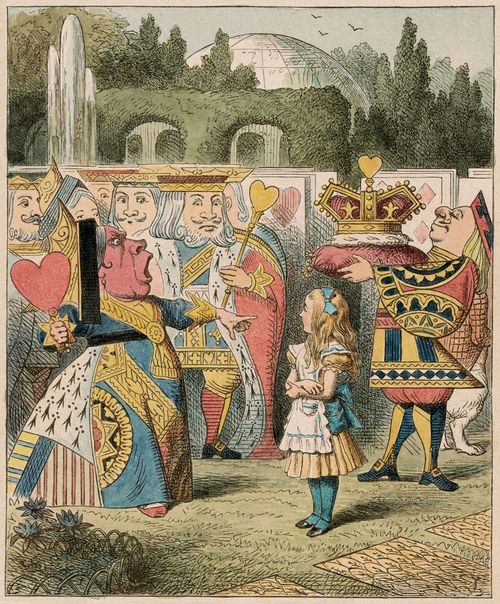 The Queen of Hearts Confronts Alice in Through the Looking-Glass

If you are in New York City in the next few weeks, you may want to see the "Alice: 150 Years of Wonderland" exhibit at the Morgan Library.  It features original manuscripts from author, Lewis Carroll, and works by illustrator John Tenniel.

I have long been a fan of John Tenniel's illustrations but was startled by Lewis Carroll's own depiction of Alice as can be seen in the below illustration.  He somehow is able to capture what it would look like to have your body, and particularly your neck, suddenly elongate.  I also love the non-plussed look on Alice's face. 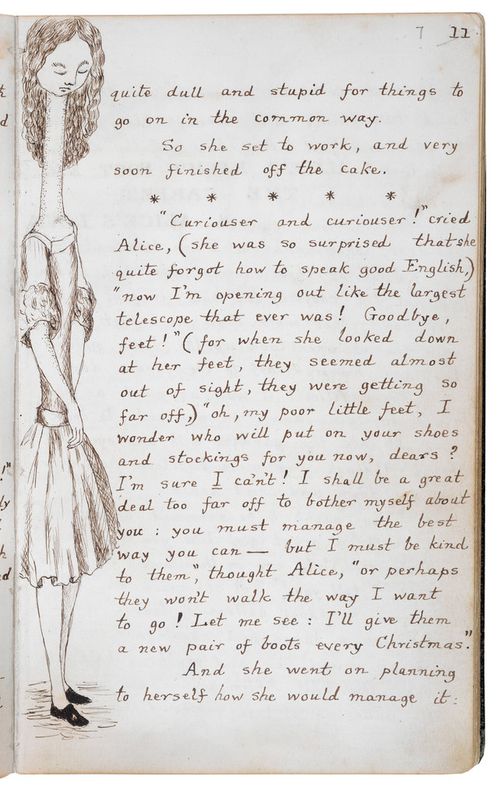 If you are an Alice fan, here are some more illustrations by John Tenniel: I love the energy expressed in this Tenniel illustration of Alice being attacked by a deck of cards.  The cards look like a stopped frame in a motion picture and the animals scramble while Alice looks ready to fight.