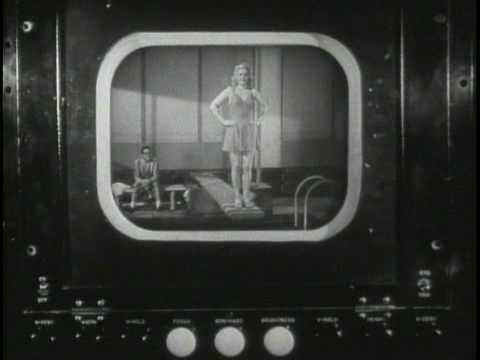 While reading an article about Walt Disney, "A Visionary Who Was Crazy Like a Mouse", I chanced upon this sentence:   "As early as 1936, [Walt Disney] refused a distribution deal because it included television rights that he wanted to retain."

1936!?  I found that dumbfounding.  How in the world did he know television was going to have that kind of importance.  After all, the first televison set was wasn't shown until the 1939 New York World's Fair; three years later.

What's more, commercial television did not start until 1941 and at that time there were only an estimated 2,000 sets in the U.S.  A major reason being the cost which was around $500 to $1,000.  When you consider that, according to the Paley Center, the average income was $1225 annually, that is a lot of money.

Some major companies did see the importance of television.  In fact the first television ad, a nine second spot for Bulova Watches,  appeared in 1941.  Firestone, Gimbel’s and Pan American Airways soon followed suit.

That was, however, six years after Disney's decision not to give up  television rights.  So, how did Disney sense the importance of television?