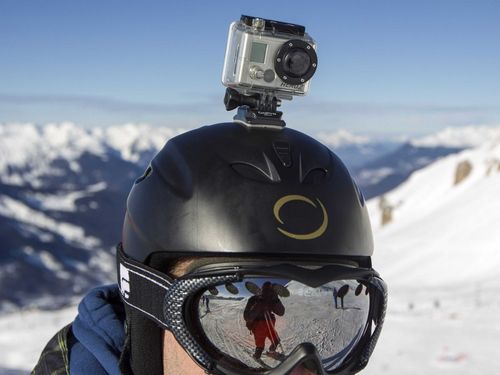 “When you create a way to play, think about a kid doing it while wearing a GoPro on their head.”

Here is an interesting factoid:  “YouTube has more viewers on mobile phones alone than any cable network.”  That’s according to that company’s CEO as quoted in a really interesting New York Times article entitled: “For Online Sports Videos, the Action Is No Longer on the Field.”  Written by Conor Dougherty, we learn that Millennials enjoy spend time watching lots of short clips of “snow boarding, surfing and skateboarding."  In fact, they love to see videos of themselves and their peers doing those same activities.

I find it interesting that those us from the TV generations are focusing on the beginning of football season while the post-TV kids are spending their time on what we would consider not even secondary sports but on activities they admire because, maybe with enough hard work, they can eventually do them as well.

Think about it:  Most of us can fantasize about but not really contemplate hitting a major league grand slam homerun or throw a hail Mary pass in front of 60,000 people.  We are outsiders to what is happening on the field.  Those who skateboard or snowboard, however, actually aspires to do an Ollie or a 360.  And if they do, they video themselves doing it and post it for others to see.

Another aspect is the short duration of these videos.  A football game is an investment in time.  A Surfing video can last 4 or 5 minutes.  In other words, these kinds of videos play to a generation that has little patience for long form entertainment.

This shift in sports popularity, how it is consumed and for how long is yet another major change in how people want to be entertained and play.  As the Millennials continue to grow older they will create a tectonic shift in how we consume play.

What can we learn from this?