Luckily, the fate of the rebellion wasn’t actually hanging on our shoulders, and, as the night progressed into more actor-led, staged elements, a mood of pure exhilaration took over. 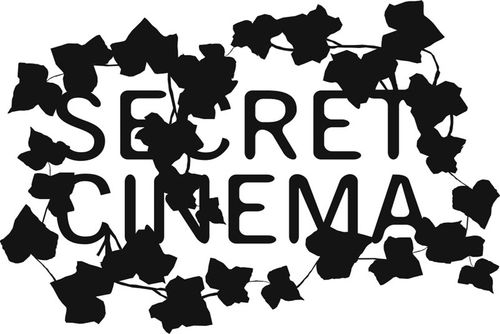 Secret Cinema has brought its version of Star Wars to London.  What is Secret Cinema, you might rightfully ask?  Well, according to its website: “Secret Cinema fuses film, music, theatre and art, creating large-scale cultural experiences in abandoned spaces.  Audiences explore ultra-immersive worlds where fiction and reality blur.”

In other words, it’s a way for adults to play by throwing themselves body and soul into the experience rather than  staying on the sidelines as an observer.  In this case, it is "Star Wars The Empire Strikes Back" that is being presented and the venue is an abandoned warehouse where they have recreated full-sized sets from the movie.  In the past, Secret Cinema has produced other experiences including "Back to the Future" by actually recreating Marty Fly’s hometown, Mill Valley.

How good is the experience?  That seems to depend upon the critic and though reviews differed (The Telegraph loved it, The Guardian did not) it sounds pretty interesting.  Here is how The Telegraph puts it in a review by Rebecca Hawkes:

The set itself is spectacular: a vast, sprawling affair…incorporating several different zones and worlds, including a sandy Tattooine-inspired marketplace, with stalls galore, and bustling caves and cantinas to explore… The experience is a little like being on a foreign holiday…or at a festival – albeit one where Jawas trade spices, stormtroopers patrol the streets, inducing nervous giggles, and where familiar characters such as Chewbacca and C3PO can be glimpsed around every corner.

People cheer, people engage characters and people spend money.  The Guardian complained about the prices but at £75 for a ticket,  $4 for a beer and $10 for dinner (respectively: $115, $6 and $15 in US dollars) it seemed in line with theatre experiences in the city and the food costs seem actually lower.

Is this a new form of play?

Well, I think yes and no.  In one sense, it is a first cousin to cosplay; theme park experiences like Universal’s Harry Potter and the "locked room mysteries" that have gotten so popular.  On the other hand, it seems almost like an amalgamation of all of those experiences so it is hopefully more than the sum of its parts.  If it is, then it certainly is a new way to play so we will all have to go and find out for ourselves.