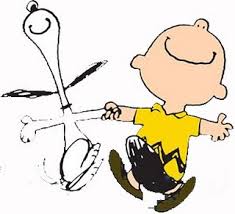 “More than 70% of people worldwide said they experienced a lot of enjoyment, smiled or laughed a lot, felt well-rested and felt treated with respect."

Those of us who work in the play industries have delivering happiness as one of our missions. That was why I thought you would find the results of a Gallup Global Emotions Poll to be of interest.  It is a ranking of the world’s happiest countries.  Gallup conducted 153,000 interviews with adults in 148 countries.

Who were the happiest countries.  According to Gallup: "For the first time in Gallup’s 10-year history of global tracking, all of the top 10 countries with the highest Positive Experience Index scores are in Latin America"

What should make us all happy (irony intended) is that according to Gallup:  “More than 70% of people worldwide said they experienced a lot of enjoyment, smiled or laughed a lot, felt well-rested and felt treated with respect. Additionally, 50% of people said they learned or did something interesting the day before the interview.”  That’s despite a lot of bad economies, terrorist attacks, war and threat of war.  People are far more resilient than we think.

And what is the secret to being happy?

According to Gallup is:  “That so many people report experiencing positive emotions in Latin America at least partly reflects the cultural tendency in the region to focus on the positives in life. In fact, the single variable that predicts results on both the Positive and Negative Experience Indexes is country of origin, suggesting cultural bias exists in how people answer these questions.”

Gallup goes on to say:  “Three in four adults worldwide say they smiled or laughed a lot the previous day, with the percentage dropping below a majority in only three countries: Tunisia (47%), Serbia (43%) and Turkey (43%).”