Declines in Chinese equity markets have led to financial volatility across the globe and raised fears of a slowdown in the country’s real economy. However, a scenario involving a significant reduction in GDP growth remains unlikely, and effects on consumer spending and, specifically, toy sales are further insulated by a historically high savings rate and favourable demographic trends. Therefore we still expect to see dynamic growth in the Chinese toys and games market over the forecast period. 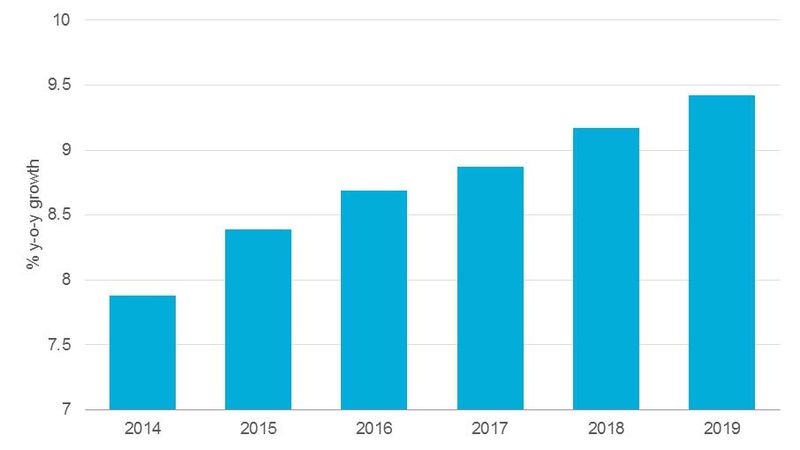 As Euromonitor International’s Daniel Solomon points out in his note, stock market fluctuations have had limited effect on GDP growth: “Using Euromonitor International Macro Model estimates, a persistent 40% decline in Chinese stock market prices would cause GDP in China to drop by up to 1% in 2015-2016 relative to our current forecast.” Effects on consumer wealth are expected to be limited as corporate equity holdings represented less than 10% of aggregate household wealth, and, more importantly, are owned by less than a 10th of all households. So the vast majority of households are not directly affected by the stock market fluctuations.

GDP growth comes under the spotlight if the stock price correction is a symptom of a significant slowdown in the real economy. Significant government intervention is very likely in this case. Aside from capital control measures aimed at taming stock market volatility we are likely to see efforts aimed at boosting growth in the real economy. Further currency devaluation and interest rate declines can drive down the savings rate from the 40% mark observed in 2014. Declining returns on savings and investments would thereby release significant amounts of purchasing power into consumer spending, offsetting the negative impact of an economic slowdown.

Demographics to play a key role

Even in a scenario where aggregate consumer spending declines, toys and games are set to outperform most other non-essential products in the long run. Sales of toys and games have been growing on the back of rising incomes, but favourable demographics have been instrumental in driving growth. With a population aged under 14 of 211 million, and an average 0.6 children per household in 2014, Chinese households are in a far better position to spend on non-essentials for children than households in most other emerging markets. Even the relaxation of the one child policy in 2014 did not have a significant impact on birth rates. So, even if incomes decline, the Chinese toy market will see an influx of a growing number of single-child households with older, more financially stable parents and with a greater propensity to consume compared to their predecessors. Demographic changes driving growth is why we expect to see accelerating sales growth over the forecast period, making any potential short-term slowdown less of a factor.

Favourable demographic trends make dynamic growth in the toys and games market the most likely long-term scenario. However, there is the possibility that a severe deterioration in the macroeconomic environment could negatively impact toy sales in the short term. While unlikely, such a turn of events would be highly advantageous to the biggest players in the global toys and games industry. The highly fragmented Chinese toys and games market is dominated by local companies, with multinationals struggling to make significant inroads. As a result, China accounts for a very small part of the revenue stream of the world’s biggest toys and games makers. Despite the popularity of Transformers in the country, sales from China accounted for only 1.2% of Hasbro’s global toy sales in 2014. Console makers saw limited gains in China after the country’s ban on consoles was gradually lifted over 2014-2015. While the revenue-side exposure to China is limited, most multinational toy makers stand to benefit from declining production costs due to a weaker currency and slower income growth. A slowdown in the Chinese toys and games market would hurt companies like Guangdong Alpha Animation & Culture Co Ltd, which lead the domestic market, but have very little presence outside of China. Declining short-term domestic sales coupled with lower corporate equity prices would make acquiring Chinese toy manufacturers to gain a bigger foothold in the promising market a far more attractive proposition for multinationals than it was through the first half of 2015.