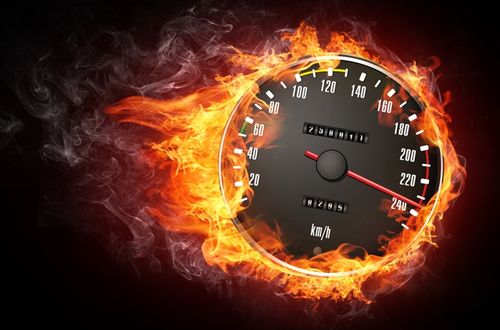 Is it possible that Amazon is going to do to delivery time what Walmart did to prices in the 20th century:  Smash it?  That was a thought that went through my mind when I considered how dramatically the time between placing and receiving an order has dropped.

Think about it, Amazon Prime and other retailers now offer 24-hour delivery and that is going to eventually be perceived as slow.  Why, because Amazon now intends, via its proposed Amazon Prime Air, “…to safely get packages into customers' hands in 30 minutes or less using small unmanned aerial vehicles.”

Ed Yruma of KeyBanc,  in his CNBC article, “Same-day delivery wars; The need for speed” puts it this way:  "Clearly there's been a race to get it faster and cheaper to the consumer, [who] is going to expect that they know when the package is going to arrive and … to arrive fairly quickly." In fact, the article’s author, Courtney Reagen, predicts that getting it there quickly is going to replace getting it there cheaply as the key consumer demand.

More interesting to me than the efficiencies in time to consumer is the inevitable change in the consumer’s and therefore society's expectations.  When one’s needs can be satisfied so quickly, there is often a resulting rise in expectations.

For example:  Before air conditioning, during the summer months, people expected to be hot.  The only hope was an occasional breeze or a shady spot.  The average person today would consider the right to be cool or even cold rather than hot to be practically enshrined in the Constitution.  Similarly, before the invention of the airplane, travelers expected to take days or weeks to reach a destination that would today take hours.  Watch what happens when an airplane is delayed even for a few hours and you will see how much that expectation has changed.

It is for that reason that I believe that the demand for fastest delivery is going spread throughout the supply chain.  It is going to progressively impact how long retailers are  going to be willing to wait for deliveries.  Are one to two month delivery times from Asia going to be sustainable in a world that expects responses in hours, not days or even weeks?

Based upon this, I will make some predictions in my next article.