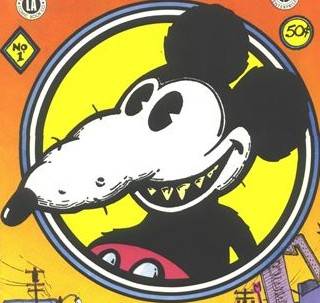 In my last posting, “Banksy Satirizes Disneyland; parody meets artistic expression,” I wrote about Dismaland, the anonymous, artist Banky’s 2.5 acre parody of Disneyland.  Banksy is certainly not the first to make fun of the Disney properties.  Let's take a look back at some other parodies:

In the 1950’s, Mad Magazine’s Will Elder and Harvey Kurtzman created “Mickey Rodent.”   Mickey needed a shave and looked a bit like Richard Nixon (intentionally I would imagine). 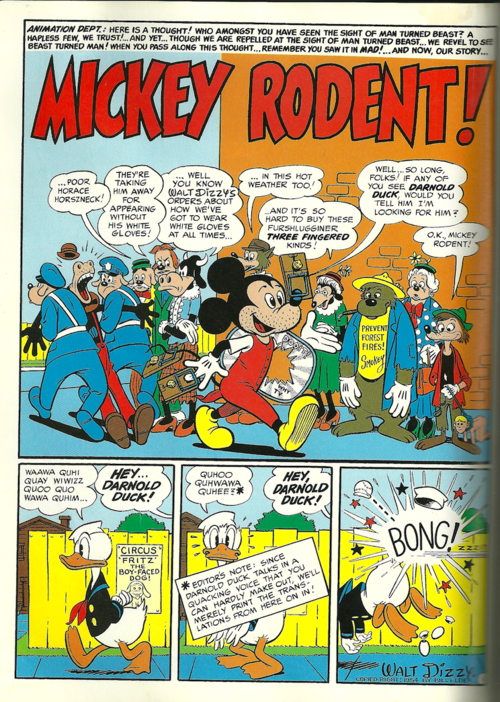 There was also Robert Armstrong’s “Mickey Rat”, a much tougher and meaner looking version of Mickey Mouse.  He had his own comic book in the early 1970’s and you can still purchase Mickey Rat T-shirts on line.

There must have been something in the water in the early 1970’s because that’s when Dan O’Neill published his “Mickey Mouse and the Air Pirates.”  Reading this X-rated depiction of the relationship between Mickey and Minnie Mouse is mind blowing.  Disney successfully sued  but the two issues that came out are now collector’s items.  When you see how accurately Dan O’Neill drew the Disney characters it would have been amazing had they not sued. 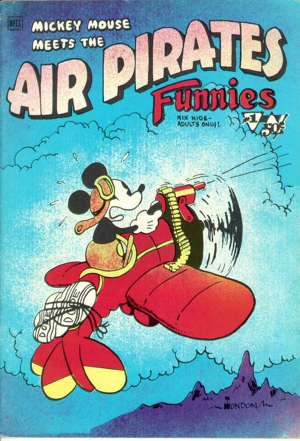 Finally, all of us can recall the parody of Disney World in DreamWorks’ original Shrek movie.  Lord Farquaad’s Kingdom of Duloc looks like Disneyworld and even includes an offbeat spoof of the Small World ride.

There is something truly fun in seeing the familiar bent into a different shape.  It makes us see the original all over again.