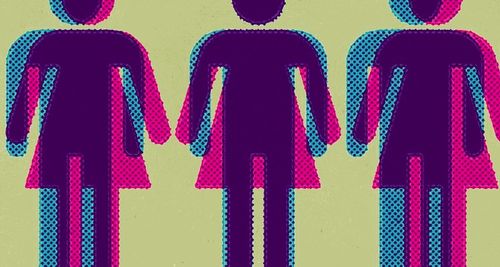 Target has announced in a press release entitled, "What’s in Store: Moving Away from Gender-based Signs," that it is doing away with gender based signage and aesthetics.  Here is a quote from the release:

Our teams are working across the store to identify areas where we can phase out gender-based signage to help strike a better balance. For example, in the kids’ Bedding area, signs will no longer feature suggestions for boys or girls, just kids. In the Toys aisles, we’ll also remove reference to gender, including the use of pink, blue, yellow or green paper on the back walls of our shelves. You’ll see these changes start to happen over the next few months.

I would have been surprised by the announcement except that I was alerted to changes in philosophy at Target when, back in May, I read about a Goldman Sachs  report on Millennial Moms.  Goldman Sachs, looking at Millennial generation and  its growing influence on America's buying patterns, made predictions on  which companies will be future winners.  Their predictions were based upon that generation's large numbers  (reminiscent of but bigger than the Baby Boom); their comfort with technology and their strong values based decision making will be better for some enterprises than others.

One of the winners they chose was Target (they also liked Hasbro, Disney and Amazon among others).  Their reasoning was that  the retailer was quietly focusing in on Millennials in how it curated and marketed its “baby and health and wellness offerings.”

In other words, by focusing on babies and their Millennial Moms, Target is wisely seeding its business so its can keep these shoppers as those infants turn into toddlers and later active 6 to 10 year olds.  This should be a feel good story for Target over the next five years and make it a much stronger competitor for toy and play spending.

By doing away with gender distinctions, Target gets it that this new generation sees blurred gender lines and wants to make its own decisions on what fits for them and what does not; no matter their gender or gender orientation.  Will others follow Target?  I think the smart ones will.