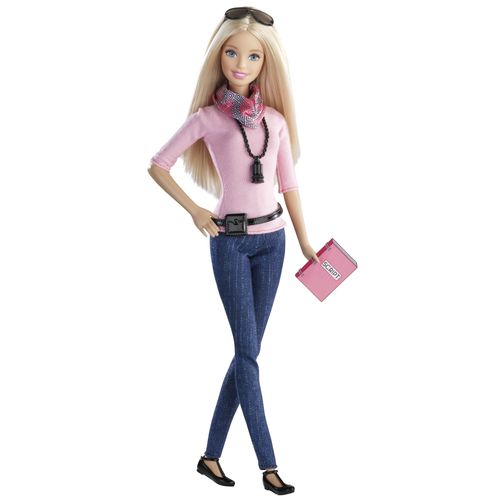 One of the great mysteries of the universe is how “Barbie Girls”, those children who adored Barbie as little girls, become “Barbie Moms”, who appear to hate Barbie as adults.   It is a phenomenon that, at least as far as I can tell, has no equal in the history of toys.

Typically, a second-generation devotee (a mom or dad) can be the inspiration for a similar enthusiasm in their children.  Just think about how many former Star Wars kids are going to take their children to the movies to see the latest iteration of that classic franchise.

Not only do the “Barbie Moms” not initiate enthusiasm, they do anything from frown on Barbie to banning her from the toy box.  It is a perplexing dilemma but one that would seem to be solvable.  Not by changing Barbie so much as finding those aspects that Moms who were once little girls found so endearing.

It would be interesting to see Mattel bridge the gap between childhood and adulthood through a series of well constructed steps that help tweens, teens, young adults and adults find aspects of Barbie to connect with as they go through life’s passages.  But how does Mattel do that?

In my opinion is that there is really no context for Barbie as to where she is in life.  In other words, how did Barbie become Barbie?  We know Barbie as a fully accomplished, beautiful, young adult who appears to have it all.   Questions:  Was Barbie beautiful as a child or was she awkward?  Was Barbie popular or was she relegated to the unpopular girls' table? In fact, was she a nerd?

Was Barbie born to a privileged life or did she achieve it through hard work, resilience and acne medicine?  And what about Barbie later in life?

What was Barbie like after she had children?  Did she find parenting hard?  Did being a parent create conflicts in her marriage?

So, I would propose that Mattel fill in the blanks for us.  Tell us how Barbie got to where she is by doing so allow adolescent girls to engage with Barbie’s conflicts, self-doubts and angst as she grows into the woman she becomes.

And why stop there, why not continue to let Barbie grow up past accomplished young adulthood to deal with the complexities of romantic intimacy, children and marriage.  If done well, there is something there for fans at every age.

Does Barbie need to bridge the gap and if so, how do you think it could be done?