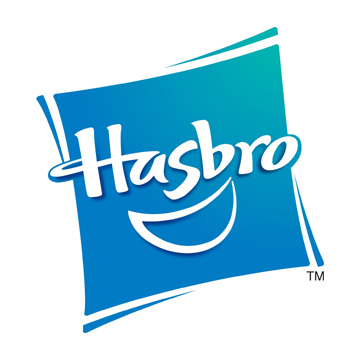 I am a huge advocate of brands who make an effort to engage with the community and blend in with the culture. I just think this is very smart move to position the brand as part of the community! So hats off to Hasbro who has been doing some great gestures in UAE to further connect with its target market.

In my latest article “4 Ways To Connect With Kids And Families In The MENA Region” Hasrbo was recognized for its efforts in providing bilingual Arabic board games. This time I would love to endorse Hasbro again for its savvy marketing initiatives to further connect with both kids and families in the region. The latest 2 initiatives by Hasbro are:

Initiative 1: A window display reflecting both the Eid and Ramadan spirit, which also included Eid greetings for few days. Just to give you an idea about Eid; it is the festival of fast breaking which takes place at the end of Ramadan, the month where Muslims fast from sunrise to sunset, and during Eid Muslims throughout the world have a joyous three-day celebration where family and friends come together to enjoy their time. As simple as this gesture may sound, yet it is a wonderful initiative by a global company to recognize the special religious events of a community and greet them accordingly. As a consumer when I saw the window display at Hamleys The Dubai Mall, I just felt the warmth behind the messaging and the care demonstrated by the brand towards the citizens and residents of the country. Initiative 2: A life sized tailor made Monopoly which featured UAE’s iconic landmarks was placed in 3 of the most popular malls in Dubai. This award winning campaign made its way back to the shopping malls for the 2nd consecutive year and not only aimed at engaging with guests and entertaining them, but also at providing a charitable platform to give back to those in need. The activation was a partnership between Hasbro, Majid Al Futtaim (the leading shopping mall, retail and leisure pioneer across the Middle East and North Africa) and the Red Crescent (a humanitarian organization). To participate, players had to spend AED 300 on shopping, dining or entertainment and exchanged their receipts with a token to play. During the game, Majid Al Futtaim converted players’ virtual money into real cash value and the money was donated to Red Crescent, who provided housing support for people and families in Nepal following the earthquake. Most of the guests were extremely impressed by the giant board game (Let’s keep in mind both parents and adults who experienced Nostalgia!). Furthermore, this savvy campaign was a win-win case for all participating parties. Winners with the highest points received gift vouchers worth of AED 500, considering there was one game every 10 minutes, also participants received instant prizes when then landed on certain properties. The malls benefited from entertaining their visitors, giving back to the community by supporting families in Nepal (AED 400,000 was raised) and adding value to their guests (as participants of the game are shoppers who had spent AED 300). Red Crescent achieved its mission in providing houses to those in need and Hasbro gained great exposure at busy and popular malls, leveraged the benefit of extensive across the line marketing campaign, reinforced the brand’s name, celebrated its 80th anniversary in a unique way and connected further with the community while supporting a very noble initiative. How great is this! I believe that such efforts play a strong role in strengthening the relation between the brand and its customers and in building very positive brand perception in minds of citizens and residents. It will be great to see further efforts from international toy companies which are tailored to the culture and aims at blending in further with the community.