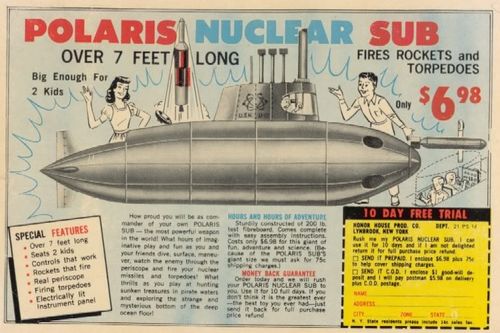 Only in mid-20th century comic books could you find a seven foot submarine.  This thing was amazing.  It was made from fibre board; had a working periscope; an electrically lit instrument panel and rockets that fired.  It was $6.98 and that comes to over $50 in today's money when adjusted for inflation.  Not a bad value—if its all true.