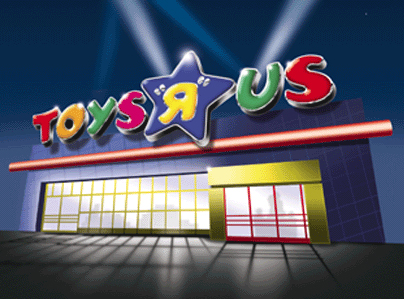 In my last posting, “David Brandon Takes Over at Toys R Us; what It means for the rest of us,” I wrote about the decision by Toys R Us to hire David Brandon as its new Chairman and CEO.  The common wisdom is that he was chosen due to his proven ability to take a company public (Domino's).   Going public is something that the current owners, Bain Capital Partners LLC, Kohlberg Kravis Roberts & Co and Vornado Realty Trust, very much want to do…and soon.

In my last posting, I wrote about some of the ways he can make that happen (or at least how I hope he would do so) and the impact that will have on the company's stakeholders.  In this article, I want to talk about what I see as his biggest thrust:  Ecommerce.

It is notable that within days of Mr. Brandon coming on board, the company decided to move the Toysrus.com, Babiesrus.com and Fao.com ecommerce operations in-house.  I see it as important, not just because of what it says about securing more control over the operational side but what it tells us about his commitment to growth through Internet sales.

For that reason, we can expect to see a great more financial and corporate cultural investment in the digital side of the business.   Taking on Amazon and other ecommerce providers will, of course not be easy.  That is why I am going to bet (or hope) that Toys R Us will do what it can do best ,and what others cannot match, curate the best selection of toys in the world.

I use the term “curate” purposely because it implies selecting carefully based on heightened knowledge and sensibilities.  At a time when people tend to be more discerning and less taken with 20th century descriptors like “World’s Greatest” it would seem advisable for Toys R Us to remind people of what truly makes them great and different.  And what is that?

1.    An ability to select toys in such a way that the whole of the store is far more than its parts.

2.    That the company has been around for a very long time.  Let’s not forget that Toys R Us was around before Barbie; before Play-Doh; before Slinky and before Mr. Potato Head.  In addition, it owns FAO Schwarz, founded in 1862, and which accordingly predates pretty much every toy since the Civil War.  They have toys in their DNA and they need to make that inherited knowledge their capstone differentiator.

I truly hope that that will mean a dramatic expansion of their on-line product selection and more attention to the obscure.  Here is what I mean by that last comment:  One of the keys to profitability in ecommerce is to not just to carry what the masses want but to also sell high margin products to a thin and broadly spread group of people.  A constituency that strongly desires and will pay a lot to obtain what it so desperately wants.

Its called “Long Tail Theory” and it is based upon the notion that someone, for example, who covets pink ceramic frogs, will have a hard time finding them in their local retail stores.  Why, because there is no one else in town who wants them.  There may be, however, tens of thousands of people spread out across who thousands of miles who, for whatever reason,  are infatuated with  pink ceramic frogs.  The Internet, with its search functions allow those people to find each other and most importantly to find the frogs at a website that caters to them.

Toys R Us is always fascinating to watch.  It will be interesting to see what happens next.  What do you think?