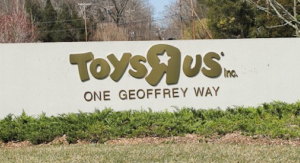 Wal-Mart may generate more toy revenue and Amazon may rule the Internet but it is Toys R Us that moves the toy industry.  Whether one does business with this retailer or not, in fact whether one even likes Toys R Us or not, this retailer with the word "Toys" in its name, represents far more than dollars.  It embodies a global showcase for the toy industry and as a result  those who call the toy and play industry home feel a deep emotional investment.

That is why the decision by the Toys R Us Board of Directors to choose David Brandon as the new CEO and Chairman matters to all  industry’s stakeholders.  A great deal has been written about the choice of Mr. Brandon. After reading a good part of that which has been written and speaking with people who study the company, it appears that there are three major reasons he was chosen:

Toys R Us, as you will recall, was going to go public in 2010, a plan that was sidelined by the Great Recession.  Going public was to be the payoff for that investment trio’s decision to purchase the company in 2005.  That was a goal deferred so it will be Mr. Brandon’s job to make that happen, sooner than later.

I have been thinking about Toys R Us, Mr. Brandon and what I think (hope) will happen  over the next few years.  Here are my thoughts:

Obviously, in order to go public, Toys R Us is going to have to look attractive and that will mean a sharp rise in revenues and profits.  The question of course is how Mr. Brandon will choose to make that happen.

I don’t think he is going to be opening new stores as a means to that end.  For one thing, it takes too much time and Toys R Us will need to go public in the next two to three years.  In addition, Internet commerce is cannibalizing sales from all bricks and mortar retailers so investing in new locations is going to be a challenged when most chains are already over-stored.  So, other than in China, I doubt we will see a surge in store openings.

Certainly he will seek to wring more revenue out of existing stores.  In order to do this, however, Mr. Brandon will be challenged to increase traditional toy sales by any significant margin.  Let’s face it, traditional toys, for good or ill, generally only move up or down in low single digits from year to year.  Toys R Us needs bigger jumps than that.

Where can they find it?  Technology based toys seem to be the best bet.  Why, because unlike traditional toys, the technology toy business can be extremely volatile with a history of double-digit increases and decreases in revenue.  In order to get the increases he needs, however, it is a chance the company will need to take and in doing so make themselves more attractive not just to kids but to adults and teens who want to play.

That doesn’t just mean stocking more technology and adult themed play items but changing the company’s messaging to one that far less child and far more adult and family oriented.  That is going to mean changes in the advertising message as well as in the store environment.

I think Mr. Brandon’s big bet is going to be on ecommerce, that in my next posting.