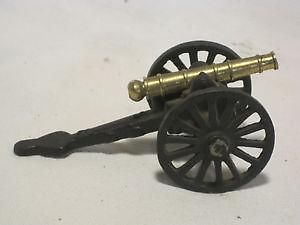 I grew up near Yorktown, Williamsburg and Jamestown, Virginia.  It was, to say the least, a childhood immersed in history.  I had the pleasure of being back there this weekend and exploring all of the amazing discoveries made over the last 20 years (over a million artifacts found as well as the discovery of the original fort). 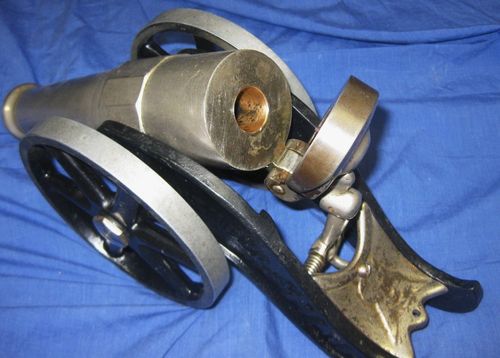 While in the Visitor Center I had a flashback to being 10 years old and purchasing a little, brass cannon.  I loved it and as a young parent, on a similar visit to Jamestown, I bought my then 7 year old son a cannon that fired caps.  He wanted to surprise Grandma by firing it at her when she opened the front door.  I counseled him against it because it would have given Grandma a heart attack. In a time when guns cast a dark shadow and toy guns are taboo, I wonder what it is about  children, and yes, particularly boys, that they find toy cannons and toy guns in general so fascinating?  Do children have a thing for even the hint of danger in a toy?  Is it the feeling of holding power in ones hands, if only on a miniature scale;? Is it a love of things military or is it just that cannons are kind of cool looking. What struck me was that in their earlier late 19th and early 20th century incarnations toy cannons and guns really were dangerous.  They used black powder and fired projectiles. Progressively, over the decades they became less dangerous until the 21st century when they have for the most part disappeared.  From this perspective, one can see the innovation of the popgun with its cork attached to a string as, in its time,  a safety advancement.

From my travels to toy trade shows around the world, I have learned that the United States has the least acceptance of toy guns than any country I have visited.  The Hong Kong Toys & Game Fair has large areas devoted to toy guns, many of which are disturbingly real looking.  The Spielwarenmesse in Nuremberg, Germany also has a large number of companies exhibiting toy guns..

It may surprise some to learn that in  late 19th and early 20th century America, the possession of guns and their ubiquity was largely confined to hunting in America's woods.  Perhaps, what we learn from this is that it is the very prevalence of real guns in American life that make the toy versions so problematic to consumers and retailers.

Did you have toy guns or even a toy cannon? What do you think?