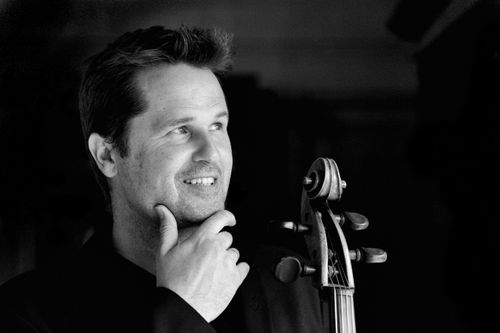 Sometimes my work is so much fun it becomes a form of play.  That was what I thought while speaking with the virtuoso cellist, composer and producer, Philip Sheppard.   Why was I speaking with this man who has collaborated with David Bowie; has appeared with the Cirque du Soleil as a soloist; produced the music for the 2012 London Olympics; was voted by Origin Magazine as one of the “Top 100 Creatives in the U.S." and so much more?

Here is why:  He has created a game.  It’s called “Compose Yourself” and is being produced by ThinkFun.  It offers music cards and a companion web site for creating, playing and sharing world-class compositions in minutes. It’s really cool because anyone as young as six can compose music and then hear it…and name it for themselves if they like.

Philip told me that he wants children to not play music but play with music.  It was then that it hit me that, while we refer to playing music; we don’t think of it as play.  It certainly must have been considered as such in its origins because, if not, why the choice of that word in particular.

I think that Philip, who is by the way a really nice and interesting person, is on to something.  We may have over time become too serious when it comes to  music, particularly Classical music.  Perhaps, by allowing children to play with it like its fun rather than playing it like it’s a job will remind us of how much in life has had the joy removed. So, thank you Philip Sheppard for reminding us that music is about play.