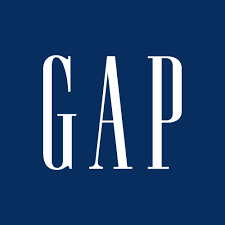 This week the Gap announced that it was closing 175 stores and that it intends to close more.  The company, which dressed Generation X-ers in the 80’s and 90’s, has failed to establish a relationship with the Millennial generation and it is hurting sales badly.

Of course, the question is why and what, if anything, can we learn from Gap’s dilemma.  To answer the question of why we can look to an excellent piece by Washington Post writer Lindsey Bever.  The article, “How millennial shoppers have made Gap’s uniform look obsolete,” points out three problems:

1.         The Millennials have very different tastes than Gen-Xers.  Bever puts it this way:  “During its most successful run, Gap’s fashion catered to children of the 1980s and ’90s — first with plain T-shirts and blue jeans, then with button-downs and clean-cut khakis.”  The article goes on to note that the “Gap look” was both androgynous and pretty uniform.  And that’s the dilemma for the Gap, Millennials want to look unique.

2.         The Gap, like a number of retailers, has too many stores at a time where shoppers, particularly Millennials, want to shop on line.

3.         There is a lot of competition for the Millennial wallet.     The article quotes Kelly Tackett, research director and retail analyst at Planet Retail, as stating:  “Consumers have more expenses competing for their paycheck such as entertainment, technology and dinners out, which are “winning a greater share of the wallet from teens and young adults…”

So, what can we in the toy, play and entertainment industries learn from the Gap's dilemma?  I think the first lesson is that the biggest challenge to success is success.  The Gap built its self-identity on establishing one for others.  There is a certain arrogance in that when you think about it so when a new generation of shoppers refused to conform to the Gap’s view of the world, that generation walked away.

Perhaps there is a lesson there for toy, play and entertainment brands who want to tell little girls how they are supposed to play and look.  This generation of children, like their Millennial parents, wants to self-identify.  We better pay attention.

We should also pay attention to the fact that this generation has a lot more on its mind and purse than just clothes.  In a similar fashion, their children want to play in any number of ways (toys, apps, video games, social networking, etc.) so the competition for time and money is going to become ever more intense.

And finally, the biggest lesson is that not only is change inevitable but that it is happening faster and more dramatically than ever.  And that is the good news:  This too will pass.  But what comes next?