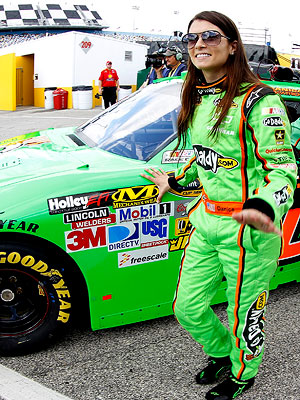 Girls have always loved to play with toy cars but they have historically been marketed to boys.  That was why I was intrigued by an article in The New York Times by Viv Bernstein entitled “Danica Patrick Has Plenty of Fans. A New Sponsor? Not Yet.”  It seems that Ms. Patrick, a NASCAR driver, has managed to attract tween girl fans.

Here is the article’s opening sentence:  “Amid the mass of Dale Earnhardt Jr. and Jeff Gordon fans at Charlotte Motor Speedway last Saturday night, with their allegiances loudly emblazoned on T-shirts and hats, this much was apparent: Danica Patrick owned the preteen girl demographic.”

There is, however, an opportunity for enterprising toy companies.  It seems that Patrick’s major sponsor, GoDaddy.com, has decided to spend its money on international marketing.  That despite the fact that Patrick  “ranks No. 2 in Repucom’s Nascar driver celebrity ratings behind only Earnhardt, and is the second most popular female athlete in the country after Serena Williams, according to a 2014 Harris Poll.”

Sponsoring  Dana Patrick and her number 10 race car would be a pretty cool move for an enterprising toy or gaming company seeking to attract more female consumers.