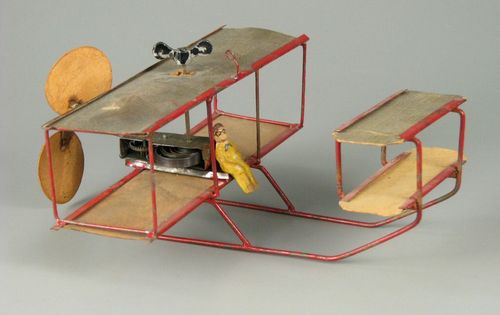 Do toys inspire inventors or do inventors inspire toys?  That thought keeps going through my mind as I read the wonderful new Wright Brothers biography by David McCullough.  It’s really hard to tell because as you read the book, you come across the word "toy" so many times.  Toys as inspiration are, as it turns out, a big part of the Wright Brothers story.

A toy inspires an inventor

According to the Wright Brothers, their passion for flight came from a toy they called the Bat.  It was a stick with propellers at each end connected by rubber bands.  By winding it up, they could let it go and watch it fly up into the air.  A Frenchman, Alphonse Penaud, who is said to have believed that toys are educational, invented it.

McCullough quotes Wilbur Wright's teacher as observing him sitting at his desk and working with pieces of wood.  When she asked him was he was doing he told her he was making a machine that he and his brother would be able to fly someday. 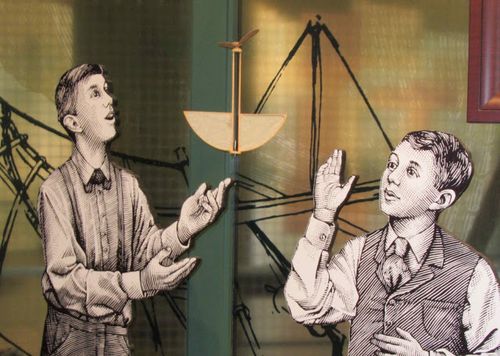 Image from The Road Junkies

An inventor inspires a toy

Shortly after Wilbur Wright made his first observed flight in France (the brothers were very private and very few people were allowed to see their plane in the testing stages) a toy version hit the streets of Paris.  McCullough quotes from the Chicago Tribune, which reported that it was:

… quite a wonderful toy, for even the smallest details have been perfectly carried out, and the tiny machine will start from the ground, make its miniature flight, and then descend in a manner that is most remarkable.  Mr. Wright himself is seated in the to and operates it in the most life-like way.

And of course we have to ask ourselves: What other future inventors did that little toy plane in turn, inspire?  It makes you proud to be a member of the toy and play industry.  We do important work.