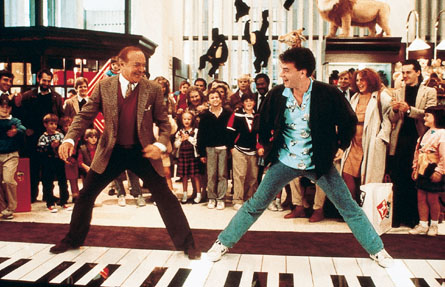 (Since writing this post I have been in contact with several people at Toys R Us and they tell me that they are aggressively seeking another location in Manhattan.  So, it may not be the end of an era but be the beginning of a new one.  Stay tuned.)

Some things made by man seem as permanent as mountains and oceans; particularly to children.  FAO Schwarz is one of those things.  Amazingly, FAO Schwarz, that icon of toys and play that has been around for 145 years, is closing its doors.

Who is to blame?  Well, it isn't Geoffrey the Giraffe and his Toys R Us brand owners.  They would have liked to keep the store open as much as they would like to maintain a presence for their Times Square store.  It wasn't the parents with whom FAO maintained some of its past glory.  Nor was it the kids who seemed to sense that there was something special about a store with guards who look like they had just stepped out of the Nutcracker. 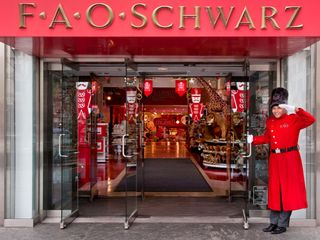 So why did FAO Schwarz have to close?  Blame it on exploding rents,  the Internet and the passage of time.  Yes, time that has made the store feel so special in a nostalgic sort of way was no match for the headwinds of modernity that brought a new sense of not just how to shop and where to shop for toys but the very definition of what is a toy.

Think of the parade of children who walked through those doors looking for magic during the Gilded Age, the Spanish American War, World Ware I, the birth of the Soviet Union, the Roaring 20's, the Depression, World War II, the Korean War, the Cuban Missile Crisis, the Space Race, the Psychedelic 60's, Viet Nam, Watergate, the end of the Soviet Union 9/11 and so much more. 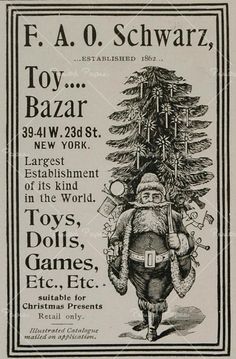 That parade of kids would have dressed differently while walking through the store, boys in knickers and later in jeans;  girls in frilly dresses and later in jeans as well.  Whatever they were wearing they shared a feeling of anticipation just before they walked through those doors.  What wonderful, magical, new thing would they see?

For me, going to FAO Schwarz was like going to the Library of Congress.  I felt like every toy that was ever invented was probably lying on a shelf somewhere, just waiting for me to stumble across it.

The store is closing on July 15.  If you want to go, you had better go soon.  If you have a memory; please share it with us.