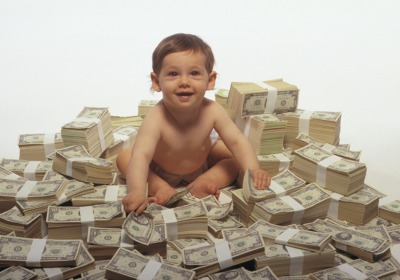 In my last posting, “The 'Baby Bust;' how bad is it?" I wrote about what is being described as an historic decline in the U.S. birthrate.   Who is not having babies?  It is women in their 20’s with the decline being led by Hispanic women and single women.

But who is having babies?  According to a New York Times article by Claire Cain Miller, "Single Motherhood, in Decline Over All, Rises for Women 35 and Older:"

There was only one group of unmarried women for whom the birthrate increased in recent years: those 35 and older. In many cases, they are having babies outside of marriage by choice, with more resources and education than the typical single mother.

It is this quote from the article that I find particularly noteworthy: “Among older women who are unmarried, ages 35 to 39, however, the birthrate was 48 percent higher in 2012 than in 2002, according to the National Center for Health Statistics.”

This means that while babies born without fathers have gone down among younger people, many of them struggling to make a living and a life, there is a new group of single women who have the means to create a comfortable life for themselves and their children.

If we want to make a predication about what kinds of toys children are going to want in two or three years, there may be a trend towards higher priced, boutique products.  What do you think?